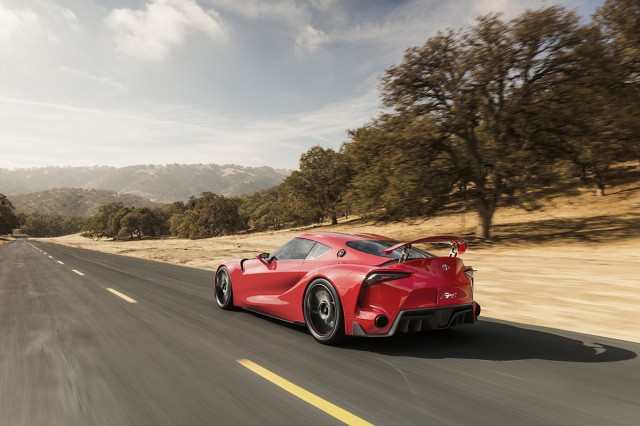 It’s back, baby! Reports out of Australia say that the show-stopping Toyota FT-1 concept unveiled last month at the Detroit Auto Show has been confirmed for production as the next Supra. Even better, it’ll be in the first of an entire lineup of sports cars set to hit the streets starting in 2016, nearly two decades after the last Supra left US shores. 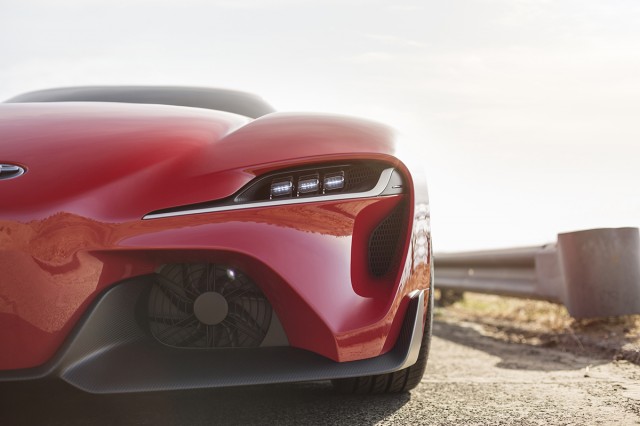 Furthermore, according to Motoring.co.au the Big T’s following the Supra up with another sports car, an entry-level model slotting below the Scion FR-S. Expected to be powered by a 1.5-liter hybrid system, it will reportedly be priced at an almost unbelievable $16,000 when it goes on sale in 2017. 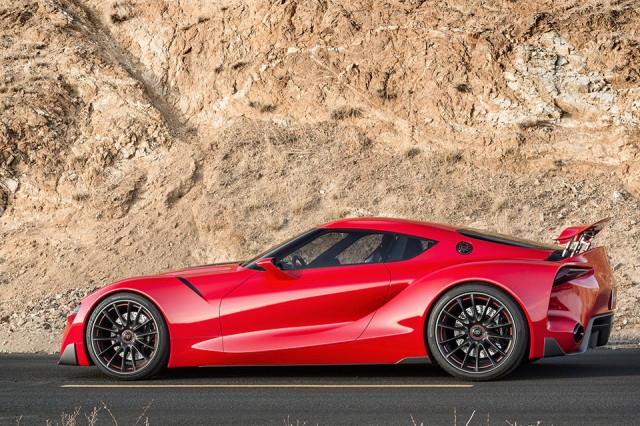 The Supra, on the other hand, will come in at just under $100,000 and will have two engine choices, a base turbo 2.0-liter four-cylinder also found in the forthcoming Lexus NX and a turbo 2.5-liter V6 hybrid capable of 402 hp for the top trim level. 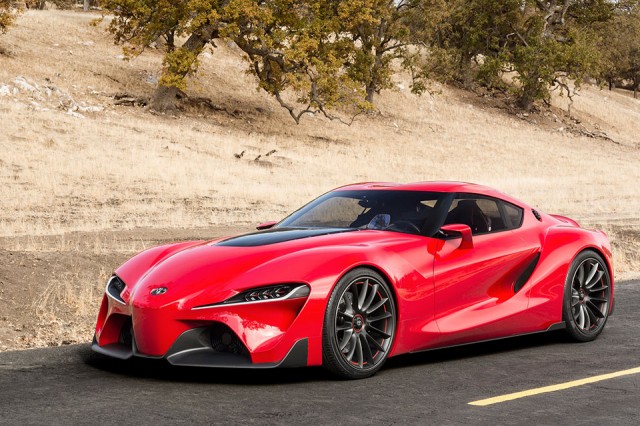 Both are the purview of a new sports car division within the halls of Toyota City headed by Tetsuya Tada, chief engineer of the 86/FR-S. The department’s formation comes straight from the top, as CEO and sometimes race driver Akio Toyoda has mandated that future vehicles be injected with wakudoki, Japanese for “a palpable, heart-pounding sense of excitement.”