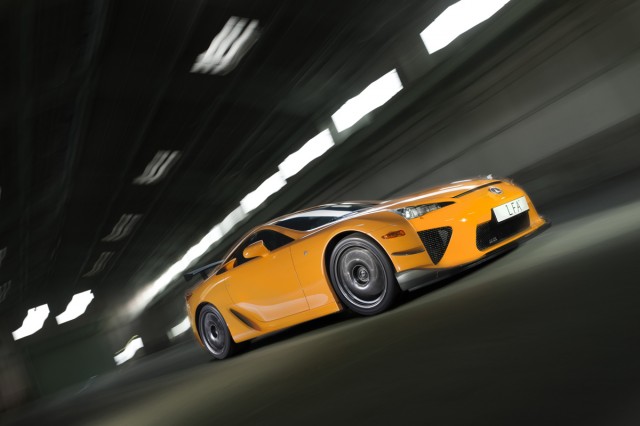 Here’s something Toyotaku can be proud of. According to Lexus’ official twitter stream, the Lexus LFA Nürburgring Edition has just run the Nürburgring in 7:14 at the hands of driver Akira Iida. This is the quickest time from a mainstream automaker (ie, a marque the average person has heard of), beating the next fastest, a Porsche 911 GT2 RS, by four seconds. Corolla drivers, you can hold their heads up a little bit higher. Hiromu Naruse would be proud.

permalink.
This post is filed under: toyota and
tagged: lexus, lfa, nurburgring, toyota.