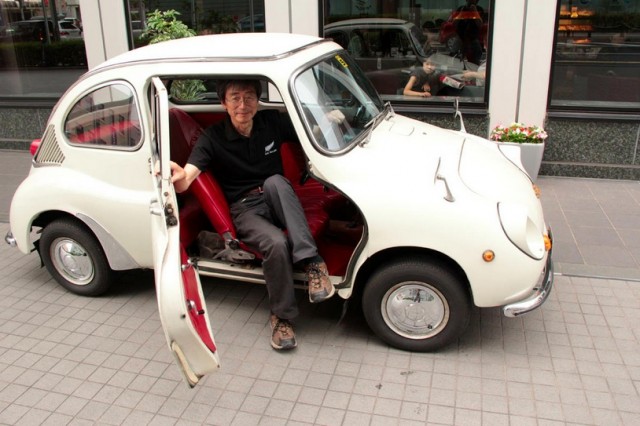 Chiharu Tamura may be a hero to many for his work as Deputy Chief Engineer of the Lexus LFA. To us, it’s because he drives a 1968 Subaru 360. Not even 27 of these 20PS kei jidosha would equal a single LFA’s output, but apparently a man who works on a 553-horsepower supercar needs only an air-cooled two-stroke twin to get around. Who says a Toyota–Subaru union can’t yield great results? Check out TTAC for the full profile.