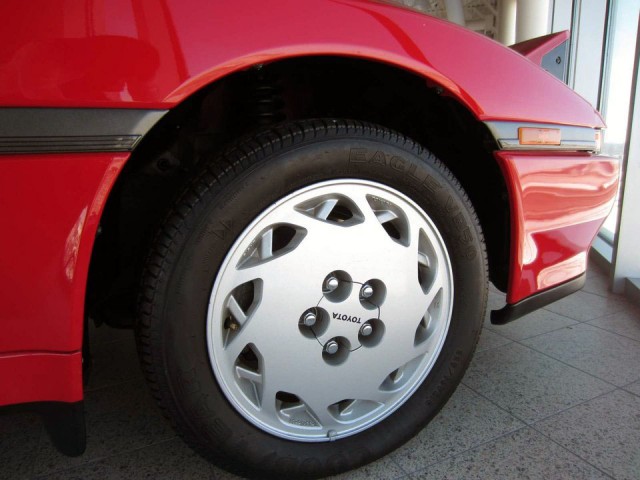 Yes, you read that right. 57 miles. 92 kilometers. That’s the odometer reading of this Canadian MA71 Toyota Supra Turbo, likely a dealership showpiece for nearly 25 years. Now it’s being offered by County Hills Toyota-Scion in Calgary after a lifetime of being wrapped in the original plastic.

There’s not much to be said about this car, because it’s as perfect as perfect can be. It’s even got a 5-speed, unlike a good portion of Supras coddled by elderly owners. It’s also the slightly preferable kouki version, with the split “grille” nose and bridged taillights.

Just torque down the head bolts and drive it like the brand new Wangan beast it is. In 1988, the JDM-spec Supra Turbo A was the fastest car in Japan, a record it held it was dethroned by the R32 Skyline GT-R. Famously, Kazunori Yamauchi said that a chance spotting of a black MA71 inspired his love for cars. In other words, it was indirectly responsible for launching the entire Gran Turismo franchise.

So what exactly is the price of an untouched Toyota flagship from the Bubble Era? $69,998 Canadian, which translates to about $65,157 USD. See the ad here.

permalink.
This post is filed under: for sale and
tagged: a70, kidney anyone, supra, toyota.