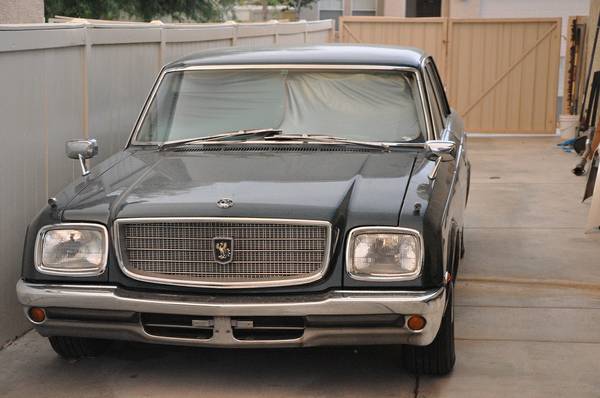 If a Crown is just too common and a 2000GT too small for your old school flossin’ needs, here’s your chance to destroy all comers with a 1981 Toyota Century. The ultimate Japanese VIP sled is now for sale on Las Vegas craigslist $15,000, tagged, titled and ready to roll on US roads. 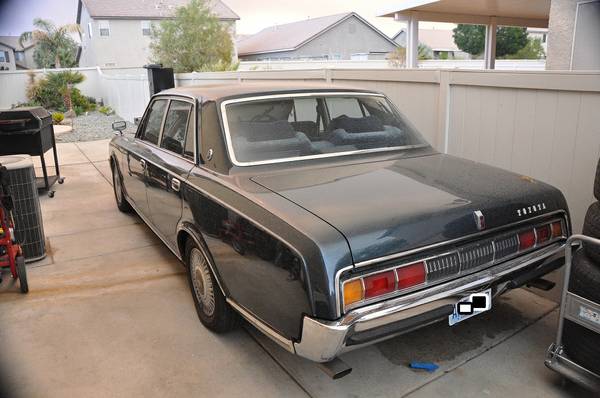 That’s a bargain if you ask us, especially when, back in the day, even if you have the money you couldn’t just walk into a Toyota dealership to buy one. A potential buyer had to prove he or she was a member of Japan’s high society, either a CEO or government official or a true VIP of some sort.

According to the seller, this particular example was owned by a Japanese politician for 10 years and kept in a climate controlled garage. It has only 44,000km (20,000 miles) on the odometer and remains bone stock except for the stereo. (The original unit is available with the car if you buy it, but it won’t pick up American terrestrial frequencies). It is claimed that the body is a 9 out of 10 and the original Toyota seven-stage paint is perfect. Even the A/C still blows cold.

Are you Very Important enough for this car? See it here on craigslist Las Vegas.

permalink.
This post is filed under: for sale, toyota and
tagged: century, kidney anyone, toyota.