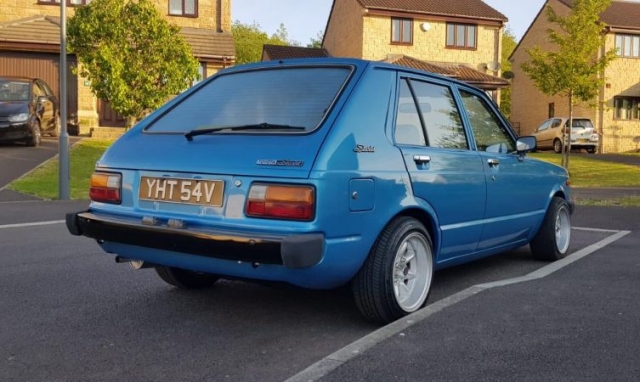 When he was just eight years old, Josh Brooks’ father told him he’d be driving a Toyota Starlet someday. His family had always owned Toyotas, and Josh’s dad drove an AE86 Corolla and had campaigned Starlets in National Autograss, a form of dirt-track racing in the UK. Though the senior Brooks probably meant for his son to continue that the family tradition, Josh instead ended up finding his own KP62 Starlet in a way every car enthusiast dreams of. 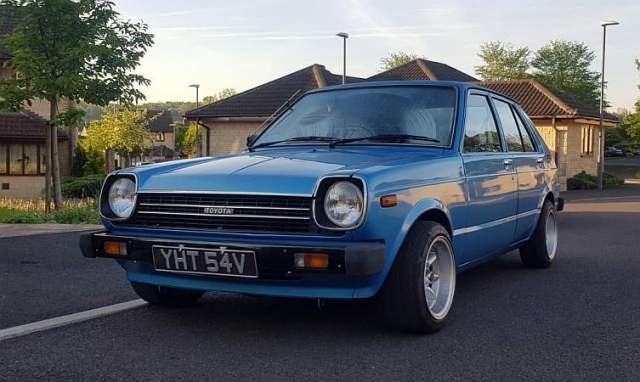 As told by Toyota UK, Josh learned about the Starlet that would eventually be his from a friend that worked at a local bakery. Every Thursday, his buddy told him, a elderly woman would stop by to collect bread scraps to feed her chickens with. Her car? A blue 1979 Toyota Starlet. Josh’s friend told her he had a friend who was a fan of Starlets, but she simply gave a polite smile and went on her way.

Then, one day Josh saw the lady driving the Starlet in town, and followed her home. “Without really knowing what to say, I knocked on the lady’s front door and told her how much I liked the car and asked whether I could have a quick look at it,” Josh told Toyota UK. “She was delighted to open the garage and show me what was evidently her pride and joy.” 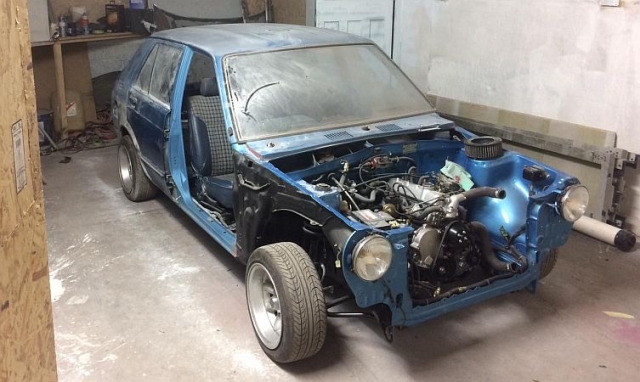 Turns out the lady was the original owner and said it had been “born and bred” in their town of Radstock, Somerset. She’d purchased it from the local Toyota dealership and “it had never been anywhere else.”

Josh then did what any of us would do, and told her that if she ever wanted to sell it, to give him a call. Life went on, but a couple of years later Josh received some missed calls from an unknown number. When he called back, the lady’s son, Brian, informed Josh that he mother had died but before passing on had said she wanted Josh to have the car.

“I couldn’t believe it and asked Brian how much they wanted for the car, but he refused any money and told me just to come and collect it,” Josh explained. It was extremely low mileage; even today it still has only 50,000 miles on it. 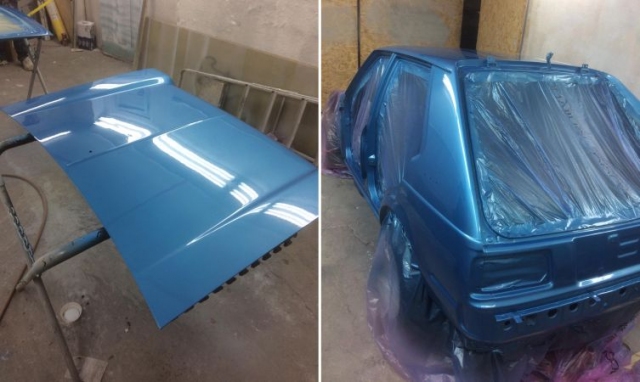 So he rented a garage and began the work of restoring it himself, as soon as he finished his racing season (Josh has been racing since age 12 and competing in an MR2 Championship and Toyota Sprint Series). As is typical of British cars, there was some rust in the wheel wells and rocker panels. Josh stripped the car down and did all the metal and paint work himself. He ended up using Mk1 Ford Fiesta wheel arches, as they are almost identical and more common in the UK. 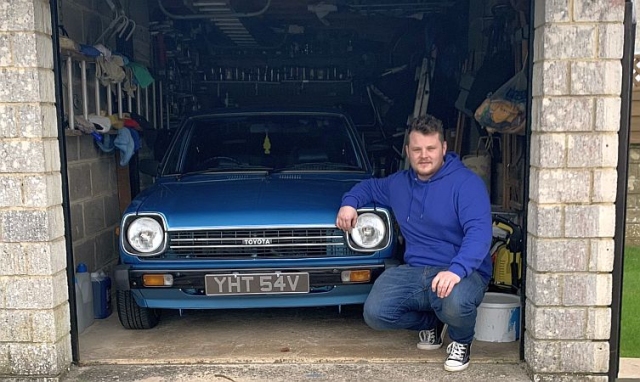 After he finished, he took it to Brian to show him the result and thank him and his mother for the car. It’s now registered as a historic vehicle and is driven sparingly on holidays. The backstory and the home garage restoration make the car even more special, and the heartwarming tale just goes to show, there are kind and generous people in the world.

permalink.
This post is filed under: Restoration and
tagged: P60, starlet, toyota.