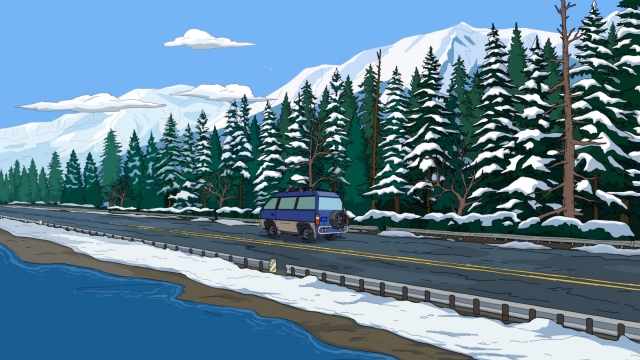 There’s a new animated show on Fox called The Great North, and the family car is none other than a Mitsubishi Delica. There’s only two episodes so far and the van appears in both. To be clear the car is never explicitly identified as a Delica, but given the general profile, two-tone paint job, and 4×4 stance, what else could it be? 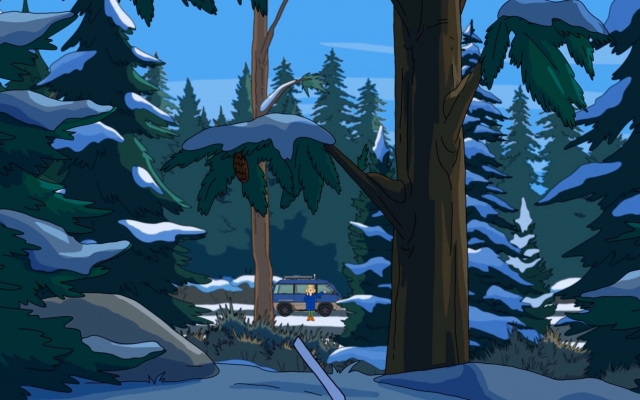 The show is about a quirky family and stars the voice talents of Nick Offerman, Jenny Slate, Will Forte, Dulcé Sloan, Megan Mullally, and 90s songstress Alanis Morisette as some type of ghost giant version of herself. More importantly, it’s set in an unnamed town in Alaska, which is basically the ideal environment for Mitsubishi’s 4WD adventure van. 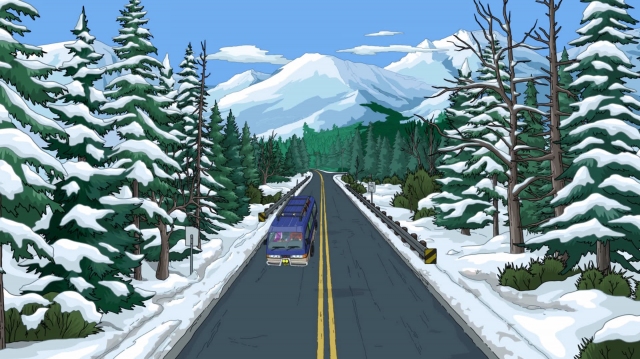 Specifically, it’s a third-generation Delica Star Wagon, and there are a number of cues that offer proof of identity. First, there’s the blue over tan color scheme, a two-tone combo plucked straight from the Delica palette. Then there’s the unique brush guard with the center hoop circling two yellow foglamps. In the cartoon it’s mounted a bit lower than on the real van, but the shape is unmistakable. 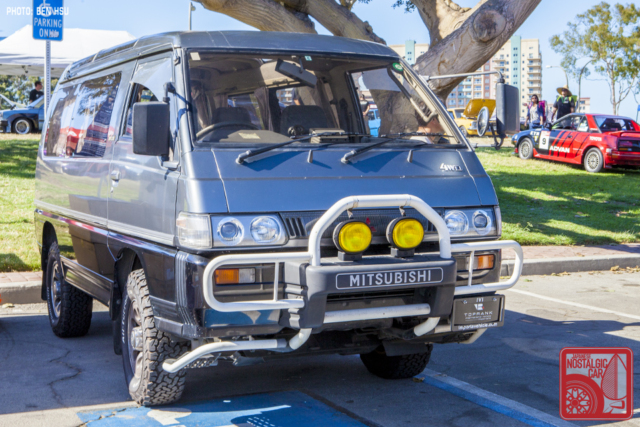 For reference, here’s a real Delica with the same brush guard. 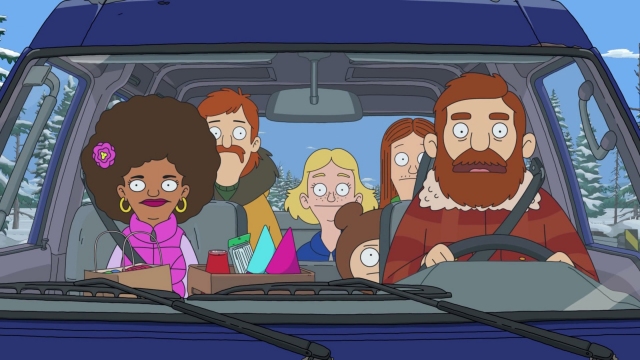 Next, take a look at the interior. The A-pillar grab handles are a direct match, except the cabin has been mirrored for LHD, so the shorter one is on the right of the car while the longer passenger handle is on the left. There’s also the bones for the Crystal Lite sunroof along the headliner. 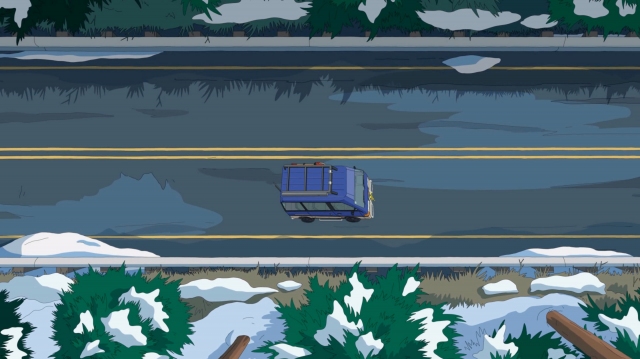 From the top view there’s no actual glass on the roof, which makes the Crystal Lite outlines even more intentional. Yep, we’re 100 percent this van was Delica-inspired. The show itself is pretty good, about 80 percent Bob’s Burgers quality so far, and we haven’t been this excited about an American cartoon car since that time a Hakosuka Skyline appeared on Adventure Time. You can watch episodes of The Great North at the Fox website.

permalink.
This post is filed under: JNC Theater and
tagged: delica, l300, mitsubishi, The Great North.

1 Response to JNC THEATER: There’s an animated Mitsubishi Delica in The Great North