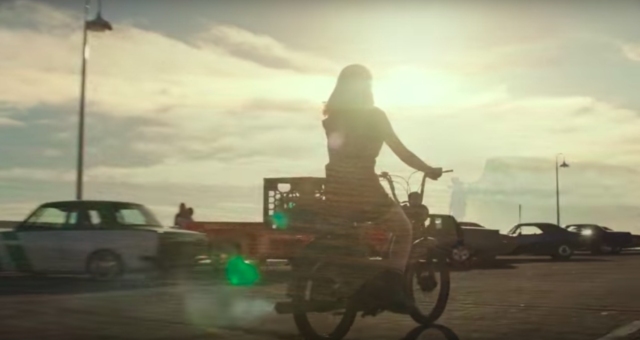 Paramount Pictures has just released the Bumblebee trailer, and we couldn’t help but notice a BRE-themed Datsun 510 lurking in the background. It’s not the first time a Datsun 510 has made an appearance in the Transformers film universe, and though we hope it will be portrayed more positively this time around we’re not holding our breaths.

Bumblebee is a spinoff that follows a mute Autobot that… well, we don’t know if this is a prequel or what. We’ve skipped almost all the Michael Bay-era Transformers movies because — how can we put this delicately? — they were IQ-leeching misuses of money and human capital that will one day remind aliens why Earth deserved to be exterminated.

Why were we talking about this again? Oh yeah, the Datsun 510 appears in a scene where the main (human) character appears to pass through an impromptu car show that includes a Chevy C/10, 1967-68 Camaro, and a G-body Buick that could be a Grand National. Or maybe all California parking lots just look that cool.

So, sadly the 510 is probably a fleeting blink in the background. It’s not going to redeem the previous 510 appearance in Transformers: Dark Side of the Moon where it was portrayed as an unreliable junker, but it was still cool to see one represented, especially in BRE livery.

The rest of the movie looks like it has actual potential and is not just a mess of CG effects. Bumblebee even goes back to his original cartoon vehicle form, a VW Beetle. Hopefully, it will be less of an assault on our childhood memories than other Transformers movies have been.

Thanks to Rickmond W. for the tip!