Jay Leno reunites with a Datsun Roadster, accompanied by a modern twist 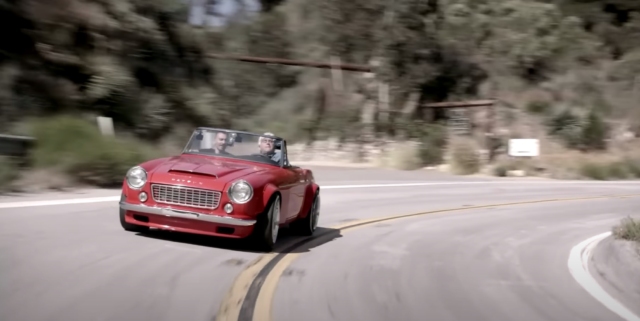 The Datsun 1600 roadster is significant for Jay Leno because it was the first sports car he ever owned. In the latest episode on his YouTube channel, Leno is reunited with a Datsun roadster with a bit of a modern twist — an SR20 turbo and Pandem widebody kit.

Amazingly, the Datsun restomod was transformed from a $600 shell to finished product in a span of just five months, according to builder Mike Spagnola. It appears to be done with high quality, and Leno’s driving impressions are positive.

Leno is an encyclopedia when it comes to a vast array of cars, but Japanese machinery has always been a blind spot. The Tokyo Auto Salon is proof that no one in Japan would be at all surprised by a 300-horsepower Datsun Roadster. And you can’t swing a dead cat at JCCS without hitting an SR20-swapped Fairlady. It’s literally the most common configuration there is.

So if you watch the full video, ignore the apocryphal stories about Mr K prying Fairlady badges off of finished cars. Instead, enjoy the build details and the parts toward the end where Jay and Mike talk about owning a Datsun back in the late 60s. “Anything with less than four doors might as well have been a Ferrari,” is a hilarious line that gives a glimpse into why Leno was a successful comedian for so long.

4 Responses to Jay Leno reunites with a Datsun Roadster, accompanied by a modern twist