Japan Post has released a stamp set in honor of the venerable Toyota 2000GT. Of course, since this is Japan it’s not just a sheet of postage stamps. The commemorative set comes with a 1:64-scale diecast car, a display case, and is nicely packaged in a book-like box. 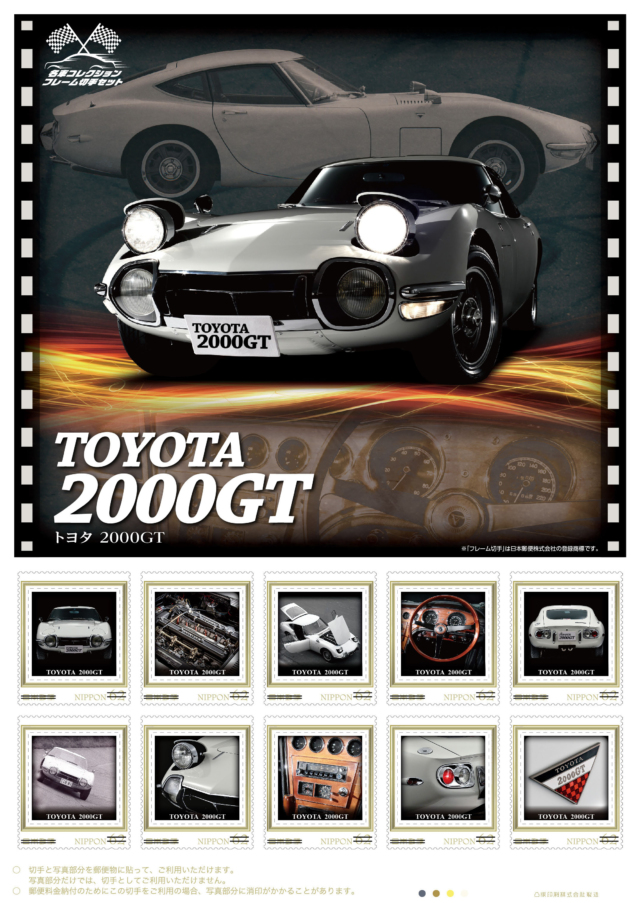 The set is an official release by Japan’s postal service, and can be used to mail letters, but we doubt many people will use them for their intended purpose. The stamp sheet consists of ten ¥62 denominations, the cost of sending a standard mini-letter domestically. The stamp images consist of front and rear views of the 2000GT, along with closeups of the 3M engine, badge, lights, and rosewood interior. 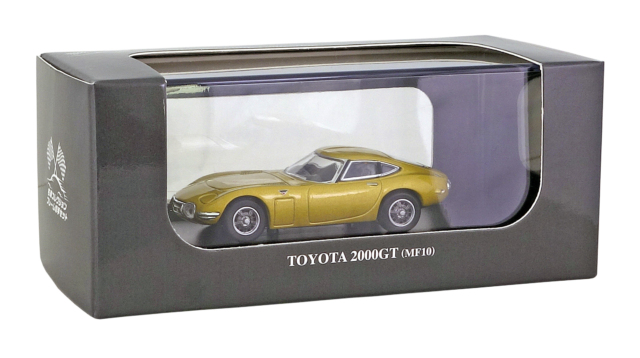 The diecast car appears to be a high-quality Kyosho model, finished in the rare gold color which only three 1:1-scale 2000GTs were painted in from the factory. The car comes in an acrylic case and is secured to a plastic pedestal base. 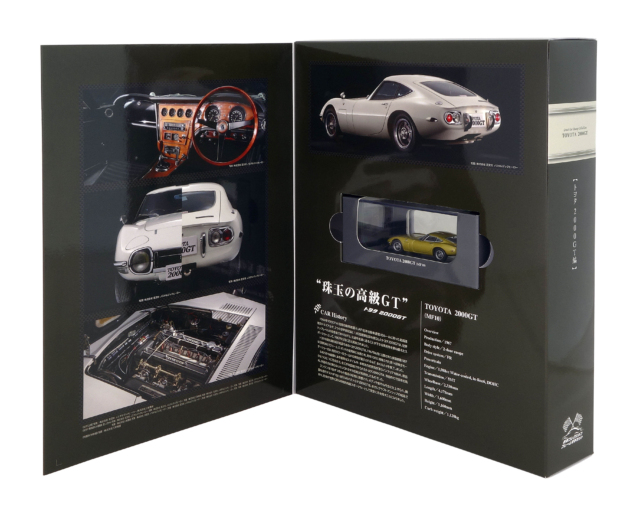 The stamps and car are boxed in a book-like package printed with closeups of the images on the stamps, the car’s specifications, and a brief history of the 2000GT. This is the sixth such set to be released by Japan Post in a series of notable Japanese cars. Previous releases have included the Hakouska, Kenmeri, and R32 GT-Rs, as well as the Honda NSX and S800. However, Japan Post has also issued stand-alone sets marking the 25th anniversary of the Mazda Roadster and commemorating Nissan Skylines and electric vehicles. 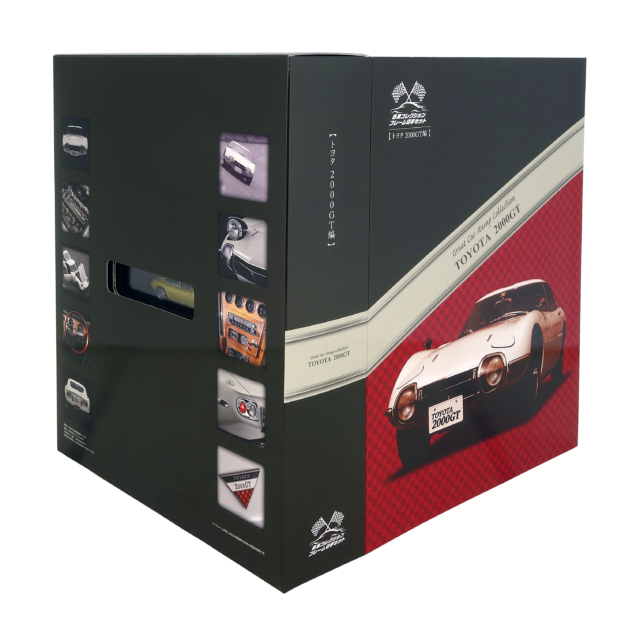