Check out Isuzu City, the mind-blowing miniature town that is Japan’s largest diorama 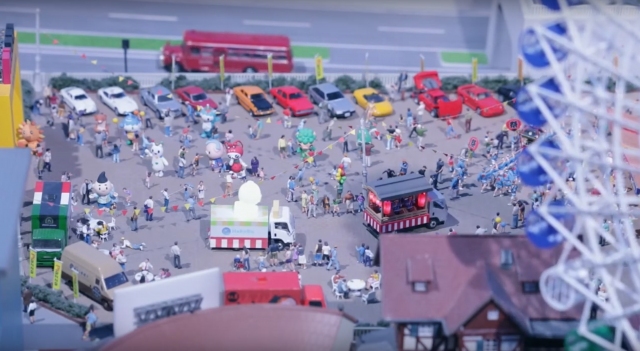 Goodbye forever, readers. We at JNC have decided to move to a place in Japan where there are plenty of nostalgic cars, clean streets, and barely any traffic. It’s Isuzu City, population 3,300, located inside the Isuzu Plaza museum in Fujisawa. The town measures just 12 meters wide, but despite its size it’s Japan’s largest diorama and there’s plenty to see. 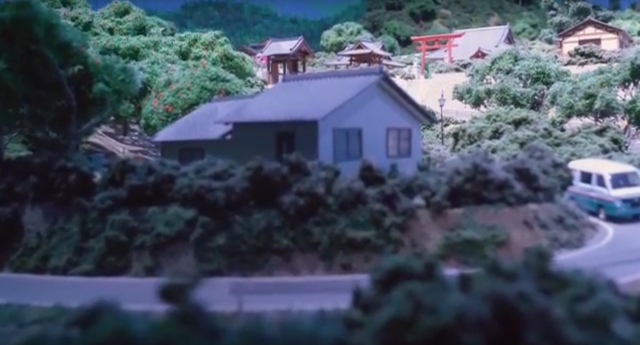 The literally small town has a bustling waterfront, mountaintop onsen, a beautiful lake, and a shopping district. The layout is a city planner’s dream, and the architecture typically Japanese modern. Best of all, the cost of living is very affordable because everything is 1:87 scale. 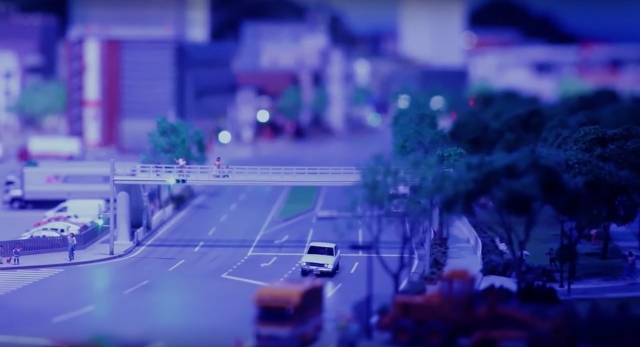 And look, here’s one of its residents cruising the main drag in their white Isuzu 117 Coupé. Surely it’s someone we will be friends with. Maybe they’re going to the 24/7 classic car show happening down by the ferris wheel. 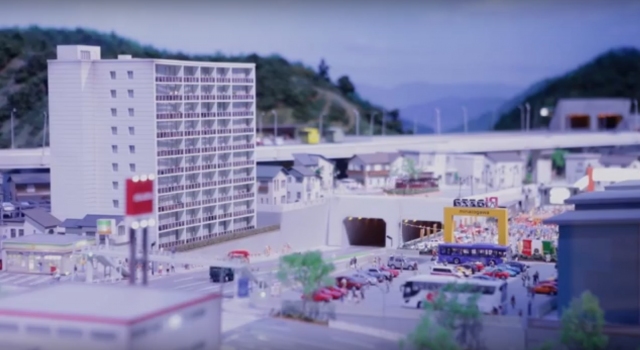 In total, there are 665 vehicles in Isuzu City. About 200 of them are Isuzus, because it takes a lot of large trucks to keep a municipality running. There’s bus routes, construction, and transport to consider. There’s a working fire department, ambulances, and a road maintenance crew that comes out every night. 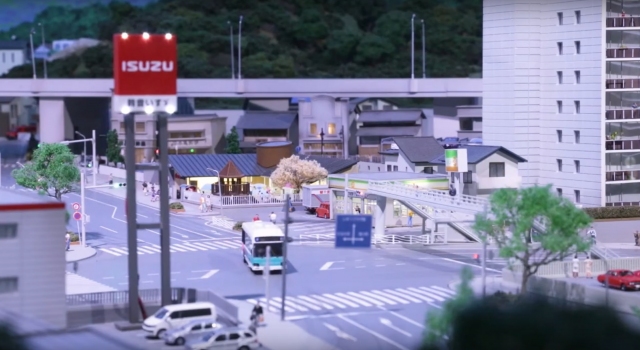 All these work vehicles run predetermined routes guided by a foot underneath each chassis. There are no tracks in the streets, so we’re guessing that there’s some kind of magnet or radio control system to help them navigate. The vehicles even have working brake lights when they stop, headlights for when it gets dark, and blinkers for when they change lanes. 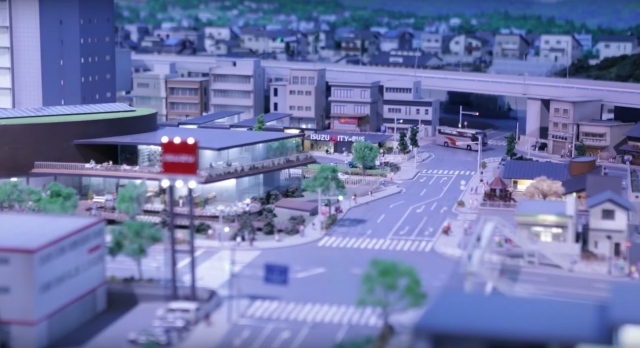 There are 45 running vehicles in total, motivated by electric power. One “day” in Isuzu City lasts 15 minutes, and there’s a narrated program showing the many ways in which Isuzu vehicles make the city hum. When not running, they drive to a hidden area below the diorama to recharge and receive maintenance. 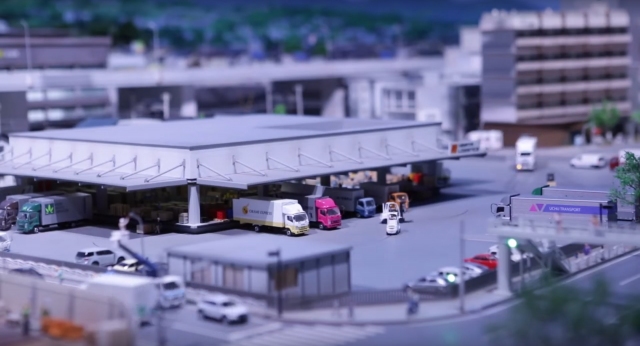 The city is insanely detailed. A logistics company located there is one of the main businesses (using all Isuzu trucks, of course). When building the diorama Isuzu went to a real distribution center for interviews and study, so they could realistically reproduce not only the structure and facilities, but the people who work there as well. 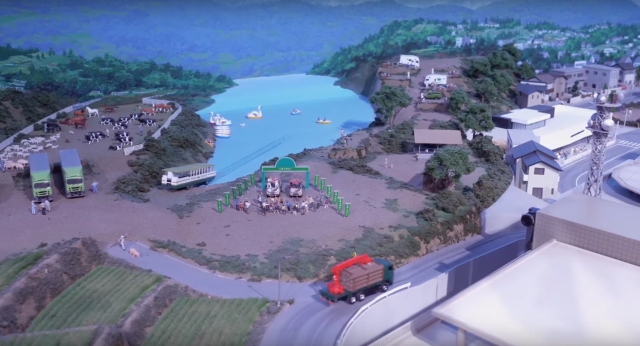 And, the city is chock-full of clever easter eggs. A naked man with E. Honda‘s build stands up in the onsen (a big no-no in Japanese culture). A couple steals a moment under a footbridge. Up at the lake, a crowd celebrates the Isuzu Rally Team’s victory while an Isuzu amphibious bus takes tourists into the water. 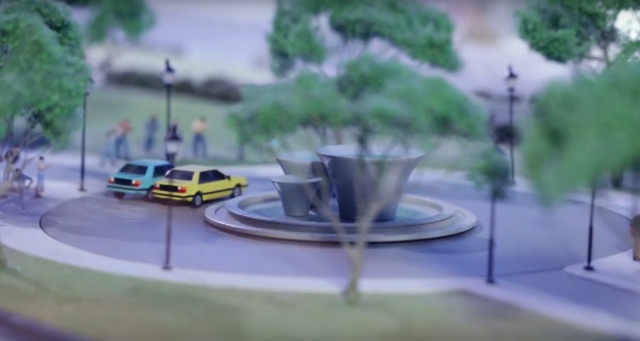 At the car show, actual mascots from towns neighboring Fujisawa gather — there’s Eboshi Maro from Chigasaki City, Ayukoro-chan from Atsugi City, and Ebi-nya from Ebina City. Isuzu’s own mascot, Hakobuu the pig (hakobu means “to carry”, and buu is the sound a pig makes, in Japanese, apparently), lurks somewhere too in Isuzu City’s version of Where’s Waldo. At the park a pair of Isuzu Gemini circle the fountain in balletic tandem, not because they’re named after the zodiac sign for twins, but a reference to one of the greatest car commercials of all time. 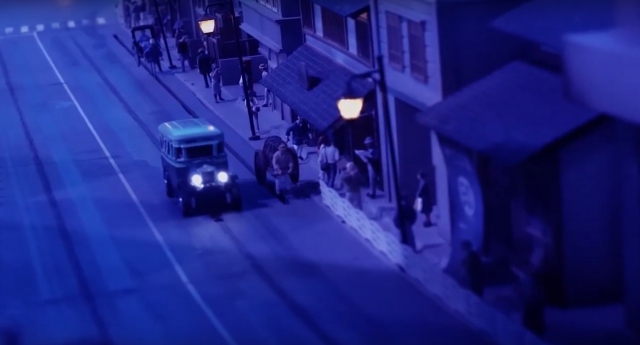 In a historic part of town, a 1929 Sumida bus drives through through an area that’s a time warp to the early Showa Era. 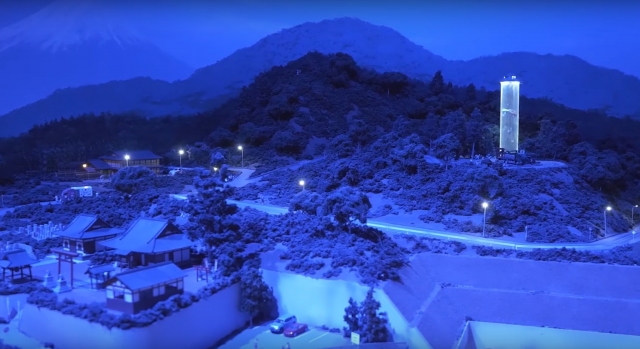 The town isn’t without its paranormal events, either. After everyone is asleep, if you look up at the night sky, you might notice a flying saucer beaming up the most futuristic Isuzu of them all, a VehiCross. 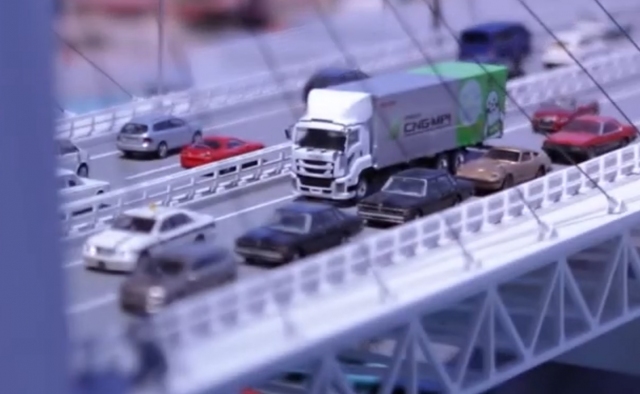 Our favorite easter egg, however, comes from this grouping of cars on the bridge. A red-and-black DR30 Skyline, gold S130 Fairlady Z, and a pair of black Cedrics travel in formation. Could it be a reference to Japan’s greatest cop show, Seibu Keistatsu? Look at the hidden clue that is only visible at night. 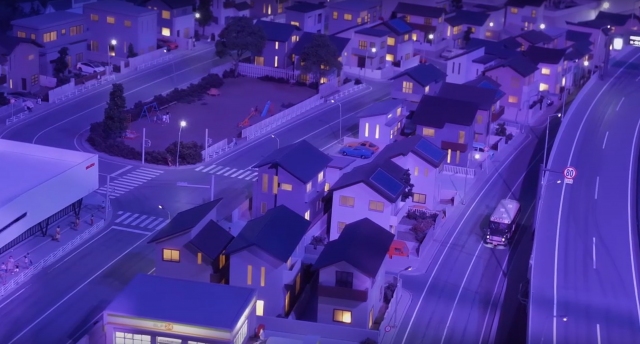 The Isuzu Plaza museum looks to be a great neighborhood and there’s so much history. What more could anyone want in a home town? The 117 Coupé is packed up and ready to go. It’s Isuzu City or bust! We’ve already got our house picked out. It’s the one in the middle, with the SA22C RX-7 and blue Kenmeri in the driveway. Stop by if you’re in the area, or watch the video below to see everything Isuzu City has to offer.

6 Responses to Check out Isuzu City, the mind-blowing miniature town that is Japan’s largest diorama

Leave a Reply to Sam B. Cancel reply