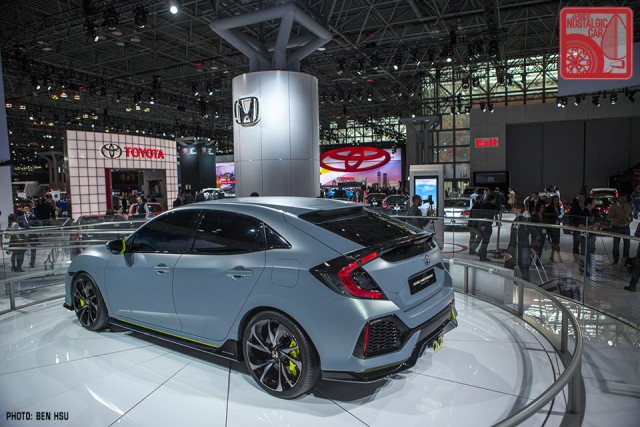 Though once its defining form, the Honda Civic has abandoned hatchbacks for at least a decade now. At the NY Auto Show today, Honda announced it was bringing hatches back. Oh, and manual transmissions too. 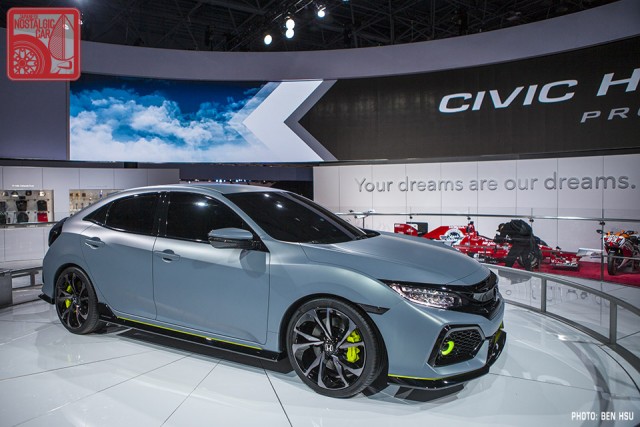 Hatchbacks have not been part of the American Civic lineup since the EP Civic Si. But, they’ve been flourishing in Europe, where people are mature enough to not reflexively dismiss something just because it doesn’t have a trunk. However, that’s been an altogether different model than what we got in the US. With the tenth-generation Civic as part of a global platform shared by both continents, it’s much easier to get the same body styles they do. That also explains why it’ll have five doors rather than three. 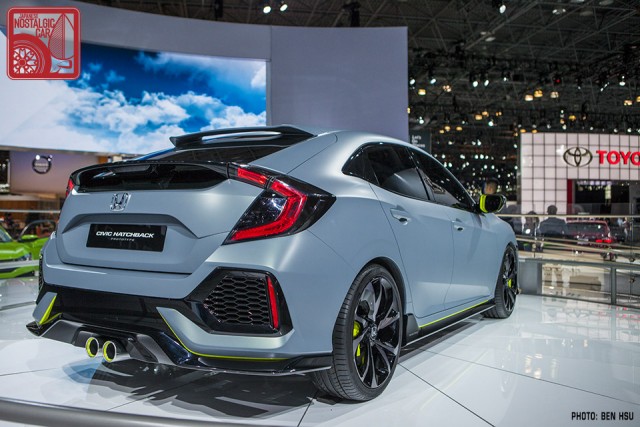 That’s also why we’ll get the next Civic Type R in the US too. In a build-up to that, Honda has promised that all Civics — coupe, sedan and hatch — will continue to have the option of a six-speed manual transmission.

It’s a step in the right direction, but with two extra doors, turbo power instead of natural aspiration, and not exactly minimalist styling, we’re not sure it hits the target.