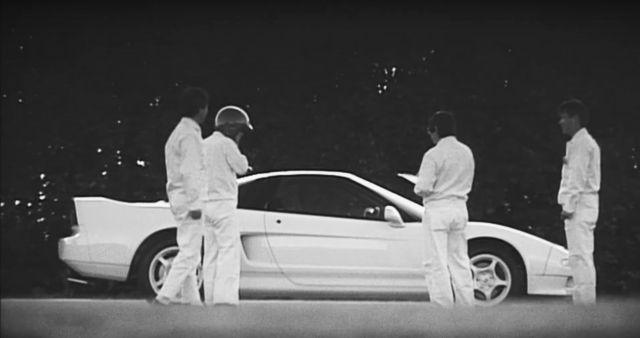 The 30th anniversary of the production NSX took place last month, and Honda is releasing some excellent content to celebrate this phenomenal machine. Last night, a video showing the development of the NSX dropped. And even though we can’t understand all the Japanese, it’s a thrilling ride nonetheless.

From what we can glean, it describes the challenges the engineering team had to overcome to create the NSX. Paraphrasing chief engineer Shigeru Uehara, the team started with the faintest of ideas to build a “super sports car” without compromises.

They realized that conventional carmaking methods wouldn’t be able to provide what they wanted. For example, to achieve the desired lightness, the team had to not only develop a mass-produced all-aluminum body, but figure out all the manufacturing processes that went along with that. The only problem was, no car company in the world had done anything like it.

That’s just one of the trials Honda faced in creating a car filled with world firsts. The film then cuts to some incredible final testing footage from July 1990, just a few months before the car would go on sale. From concept sketches to bare aluminum bodies to cars being absolutely flogged at the Nürburgring to its class win at Le Mans, it’s a soul-stirring journey with one of the greatest cars ever made. This is how all automaker videos should be.

permalink.
This post is filed under: Video and
tagged: acura, honda, nsx.