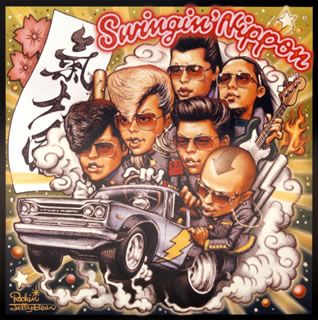 Today is the birthday of Show Ayanocozey, the gloriously pompadoured lead singer of one of JNC‘s favorite bands, Kishidan. Though the concept of a bosozoku boy band likely began (like many Japanese bands) as a gimmick, and everything they do is with tongue held firmly in cheek, the group has actually produced really good music.

Plus, you can’t not like a band that uses Rat Fink-style cover art featuring a Hakosuka Skyline with takeyari pipes.

Here’s a video to their 2002 song “Wangan Nocturne ~ Lucifer’s Hammer,” which mimics the style and production value of a Bubble Era gang movie. Otanjoubi omedetou, Show-san!

permalink.
This post is filed under: Tune Up and
tagged: bosozoku, c10, Hakosuka, kishidan, nissan, skyline, Tune Up.