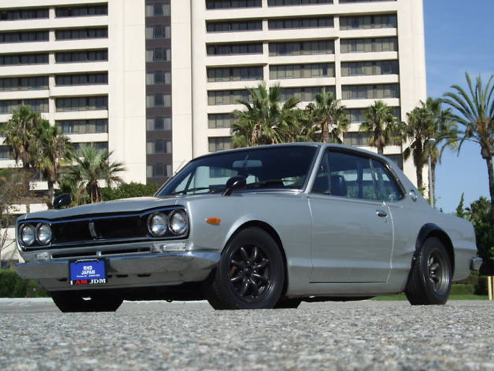 A Nissan Skyline KGC10 2000-GTX appeared on Jalopnik’s Nice Price or Crack Pipe the other day, and for the asking price of $20,000 it got a barrage of the pipe. The long-running series asks readers to vote whether a particular vehicle is worth the asking price based on an ebay auction or craigslist ad. Unfortunately, that presupposes that its readers actually know anything about hakosuka Skylines.Many seem to have voted “pipe” simply because the car is a clone without the GT-R’s DOHC S20 motor, without considering that a running S20 motor by itself is worth more than this entire car, a genuine GT-R would be trading at over six digits, and the rarity of true GT-Rs.

This hako in question, imported by Right Hand Drive Japan, can be found at this ebay auction. And if any JNC readers would like to give Jalopnik readers an education, don’t let us hold you back.