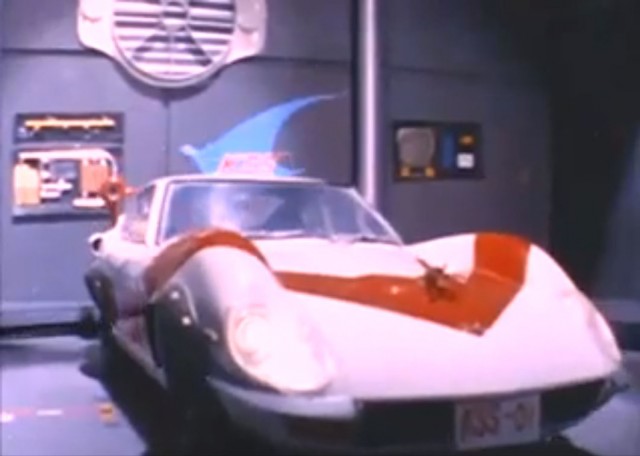 While researching yesterday’s article on Aoshima model kits, we came across what must be the second most famous red-on-white sports car from a Japanese kids’ show with the word “Mach” in the name. 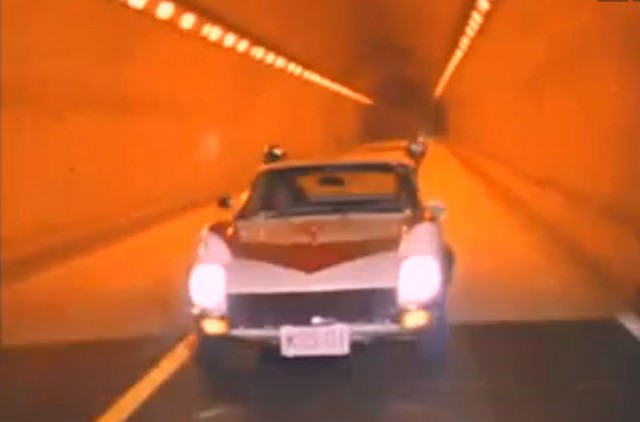 You thought Speed Racer‘s whip was cool? Well it ain’t got nothin’ on the Mach Trigger. Is the Mach 5 based on an S30 Fairlady Z? Can it sprout wings and fly through the air? Does it live in the right foot of a 15-story robot? We think not! 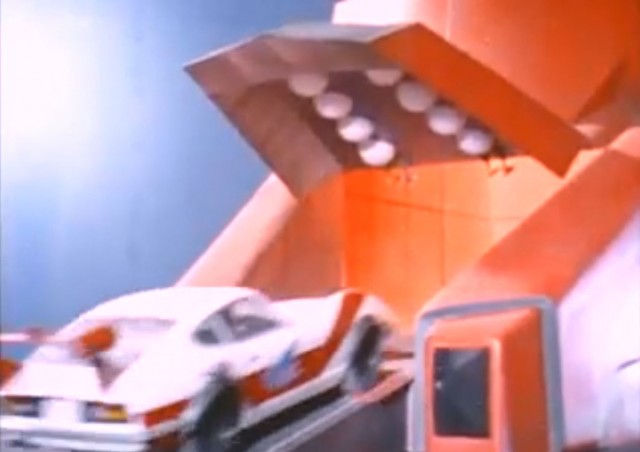 The Mach Trigger was a jet-powered Nissan featured prominently in the TV show Super Robot Mach Baron, which ran on Monday afternoons from 1974-75. Like most tokusatsu shows the plot was pretty nonsensical, something about a squad of elite humans controlling an array of completely implausible weaponry. Really it was just an excuse to show giant robots pummeling the crap out of each other. Also, the opening theme is one of the grooviest songs ever written about a cyborg.

Although many of the scenes featuring the Mach Trigger use a scale model car, there apparently was at least one life-sized version built. Scenes of the two spliced together really do give you the impression that a Z-car is driving deep into an undersea base. In addition to the Aoshima kit, it spawned endless toy variations. Watch it in action in the clip below.