Posted on December 6, 2016 by Brandon Kelley 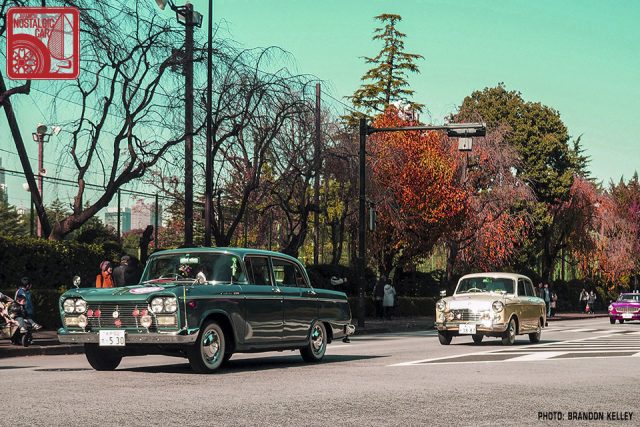 During the end of November, Tokyo was gray, hammered by a never-ending barrage of snow. Two weeks earlier there had a bone-shaking earthquake. Luckily, last Saturday welcomed us with a clear blue sky and a crisp, dry late-November day. The 26th marked the 10th anniversary of the Classic Car Festival hosted by the Toyota Automobile Museum (TAM) in Meiji Jingu Gaien Park, Tokyo. 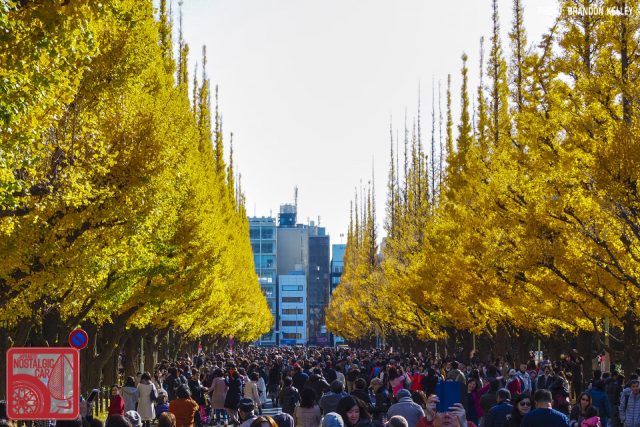 This year I decided not to take my Honda Dream 50R as it needs a good tuning and I had my lady in tow. She can spot the difference between a Hako and a Kenmeri and knows what AE86s are, but she was here for the gingko trees that line the streets in a full golden arch display. As it turned out, many, many people were in it for the gingko trees. So much so, that the road was closed off just as the parade started. No matter! Away on foot we went! (After taking 40 pictures of trees…) 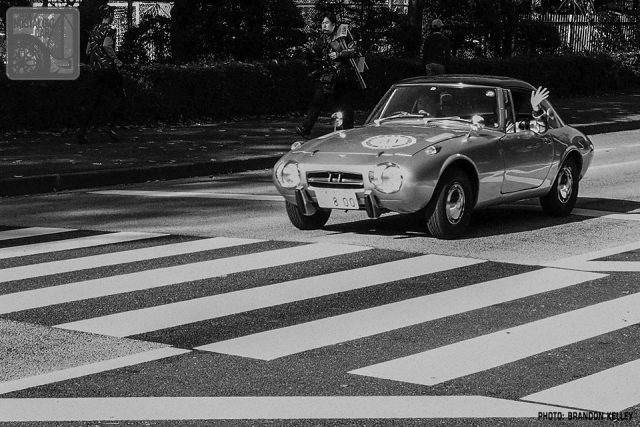 Though J-tin photos near the golden ginkgos proved difficult, we snapped many fine examples in motion during the “parade” portion of the show, pulling hard on short stretches and cornering around the “Gaien oval course”. 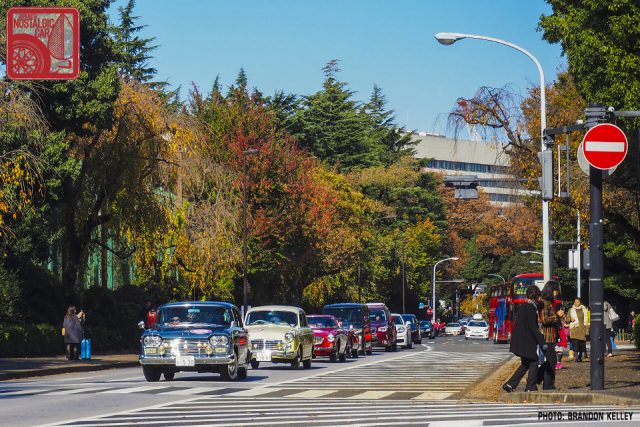 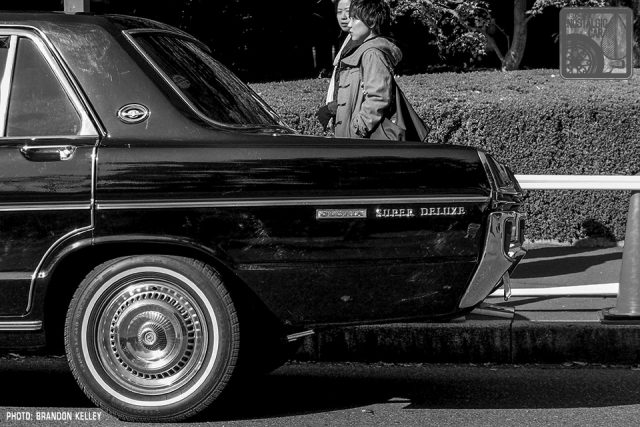 Usually the show attracts a good blend of vintage Japanese, Italian and European specimens, but this year had a much stronger representation of JNCs than in previous turns. As we made our way towards the staging area, groups of three to four cars would roar and shimmy past. Sometimes, this gave the opportunity to replicate a vision of the late-60s to mid-70s Tokoyo streets of Tokyo with visions of a 1963 Nissan Cedric 1900 Deluxe and 1965 Honda S600 driving together. 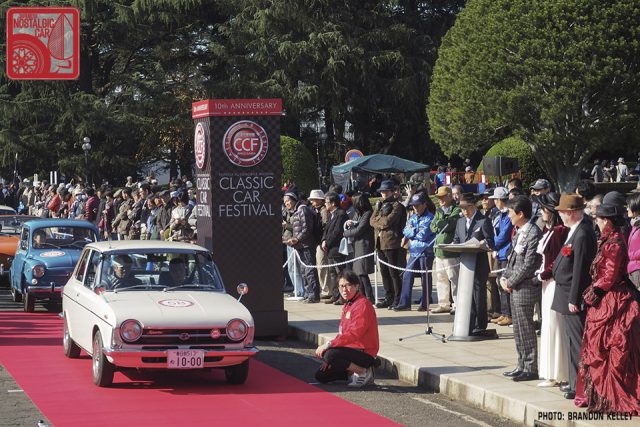 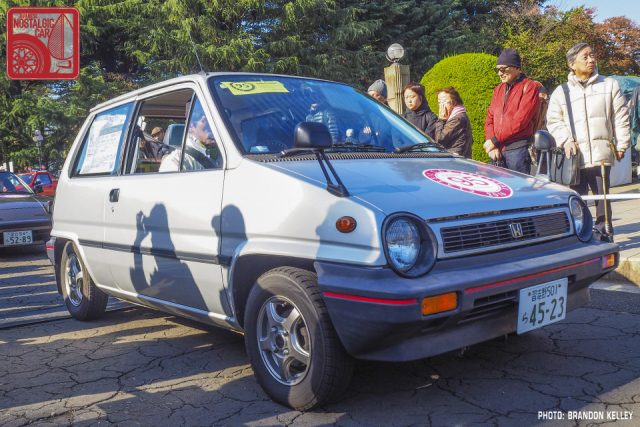 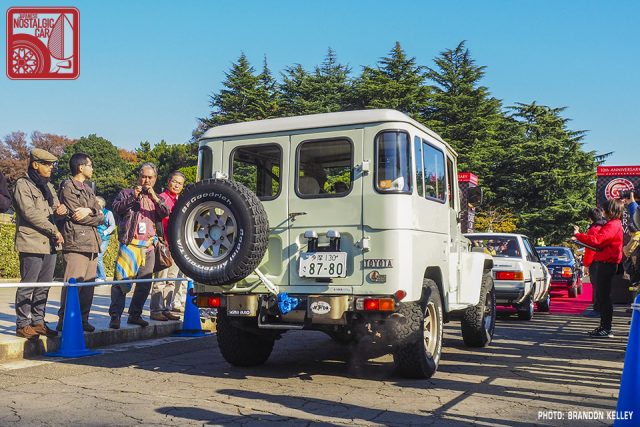 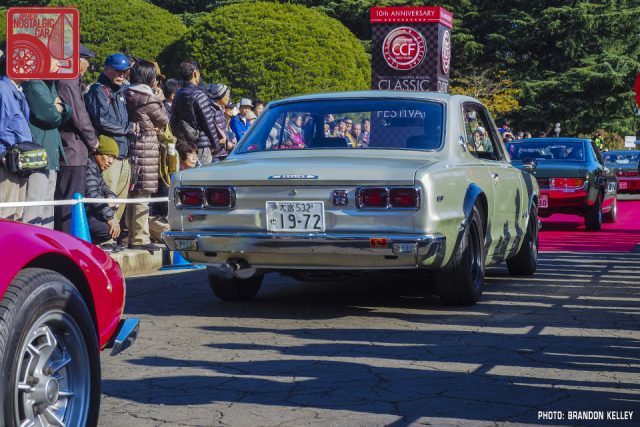 At the staging area, we watched a 1972 Nissan Skyline 2000GT-R zoomed off the red carpet and onto the parade course. The image of pristine model after pristine model rolling off the carpet like it was the factory floor was a sight to see. Mind you, most were privately owned and kept. Other notables included a Subaru 1000, 1980 Toyota Land Cruiser, and 1981 Honda City. 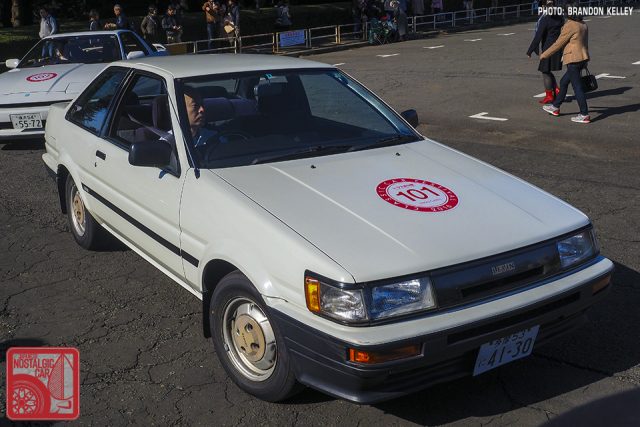 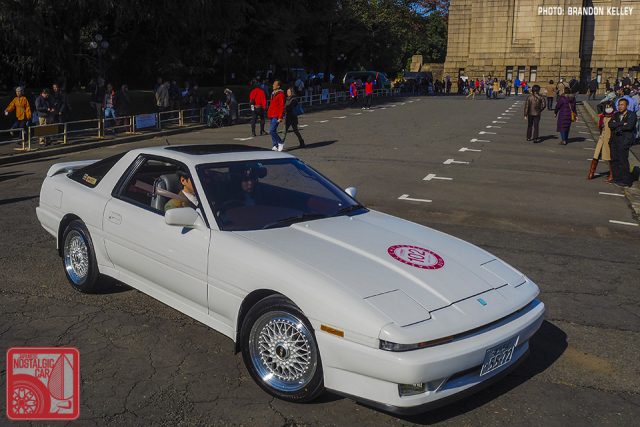 Notice a pattern? The parade was organized to have the earliest model first so the cars would proceed in chronological order. The last to leave the carpet, number 102, was a 1986 A70 Supra. It will be interesting to see what next year holds as new classics from the mid-late 80’s start to creep in. 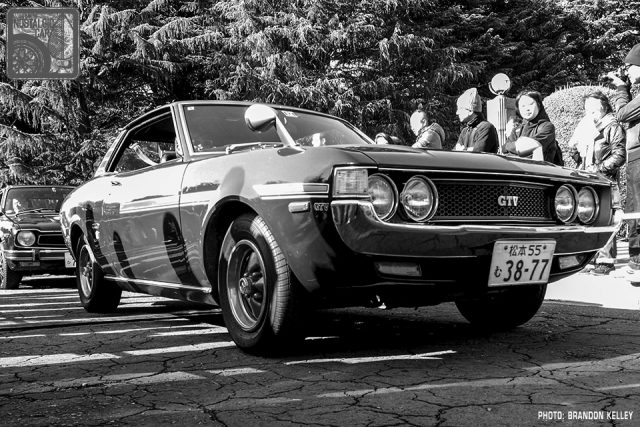 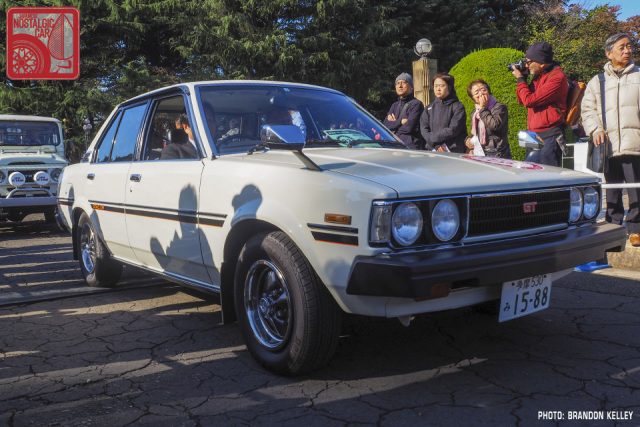 In addition, Toyota brought several cars from the Toyota Automobile museum in Aichi Prefecture. We had a chance to wander around the grounds of the Meiji Memorial Picture Gallery to see the offerings the TAM had brought up from their vaults, including a TE71 Corolla 1600GT that Toyota CEO Akio Toyoda called his favorite Corolla. 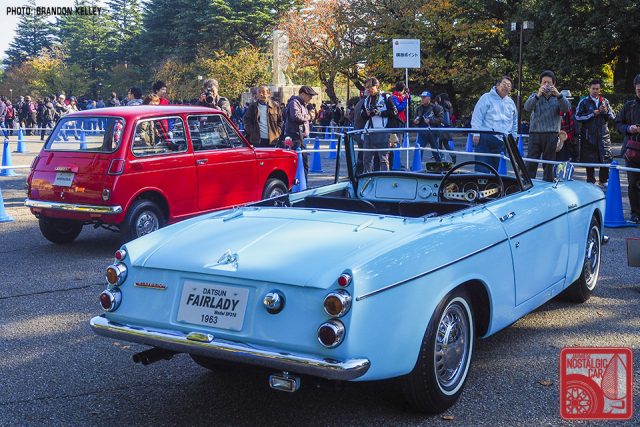 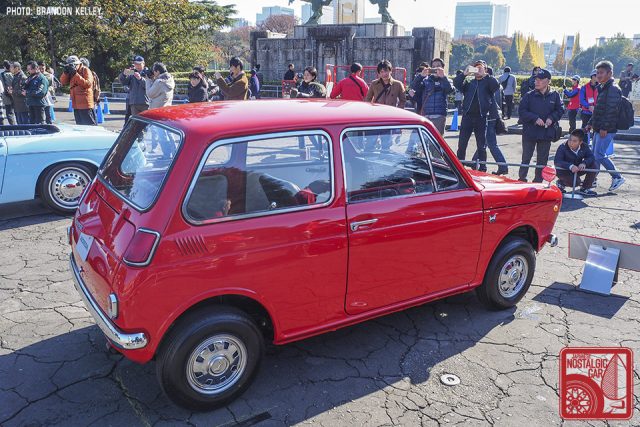 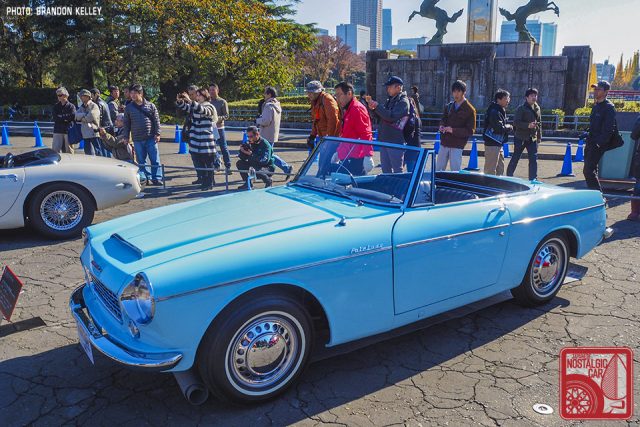 As in previous years, there were plenty of Toyotas on display, but the Toyota Automobile Museum also welcomes classics from competitor marques. As such, the CCF celebrated cars like the 1963 Datsun Fairlady SP310 in a beautiful Sora Blue and a mint 1967 Honda N360 on loan from the Honda Collection Hall as an icon of “minivehicles”.

A pair of very special 2000GTs were also present: A replica of the 1966 Speed Trial car in yellow and green livery and an open top “James Bond” model from the movie You Only Live Twice. 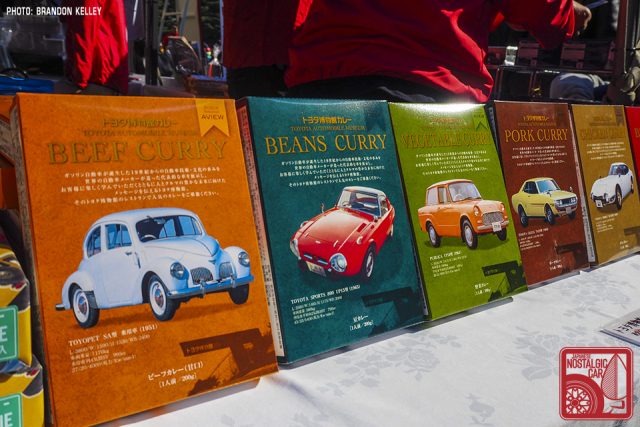 For the food lovers, there were even a few tasty treats in the form of Toyota-themed curry. 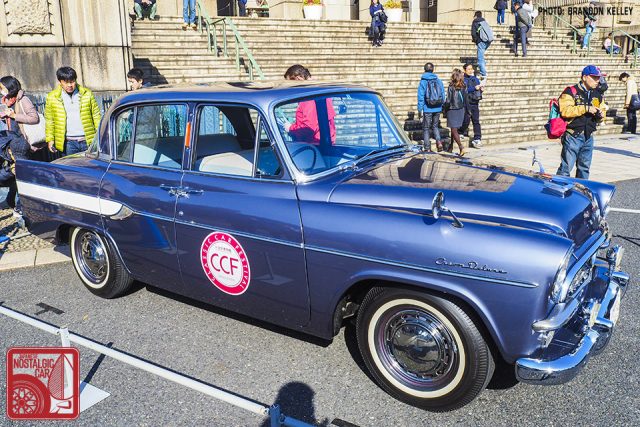 A personal favorite was the 1960 RS21 Crown with kannon doors. It was notable for being the first Japanese car with a 3-speed automatic sporting an overdrive feature. 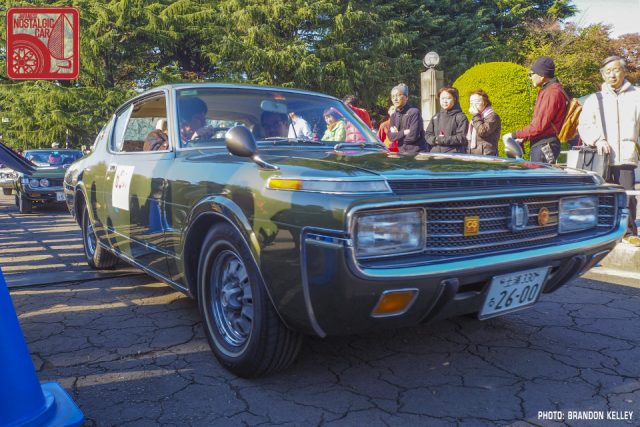 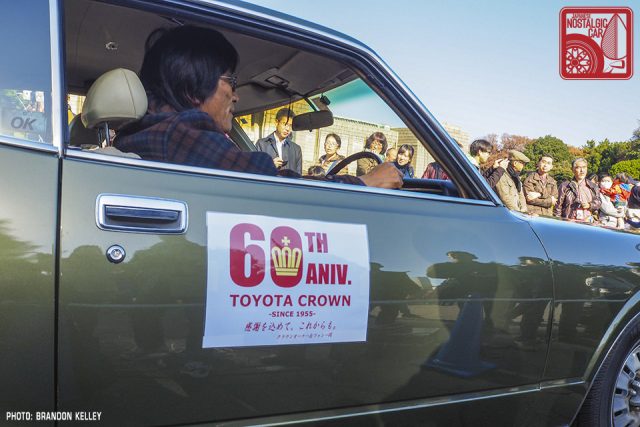 Speaking of Crowns, a few from the 60th Anniversary drive also made an appearance, including a beautiful MS75 Coupe. 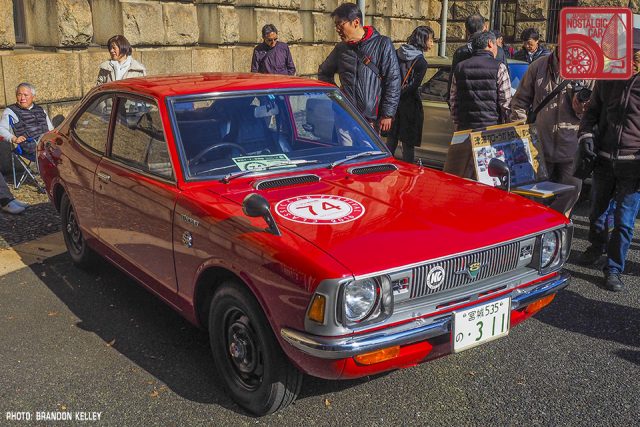 One particularly special Toyota was the 1971 Corolla 1400SR that was nearly destroyed in the 2011 earthquake and tsunami. The number plate, 311, refers to March 11, the date of the quake. Earlier this year, enthusiasts from across Japan pitched in to help the owner, Masayuki Watanabe, restore his beloved Corolla.

In the meantime, find past coverage of the Meiji Jingu Classic Car Festival here, here, here and here.