EARTH DAY: The 1985 Toyota AXV got 80 mpg thanks to clever design 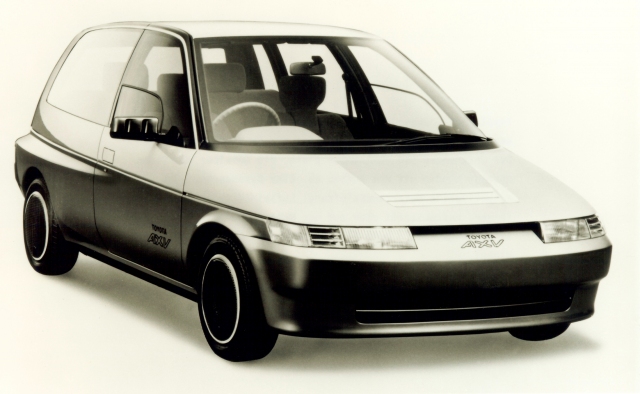 Toyota is known leading sales of hydrogen fuel cell vehicles and pioneering hybrid tech (even as early as 1977), but back in 1985 they didn’t reinvent the wheel with a new powertrain. They simply tried to build the most efficient internal-combustion automobile imaginable. That car was the Toyota AXV. 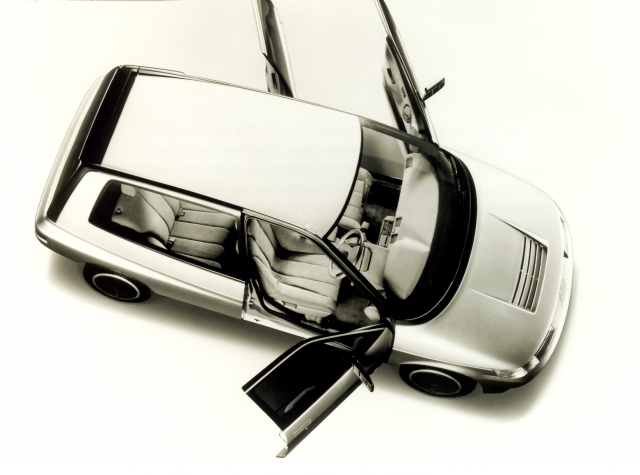 The Advance eXperimental Vehicle debuted in October 1985 at the Tokyo Motor Show. Dubbed an “Experimental Econo Vehicle,” the goal was simply to squeeze as many miles out of a gallon of dead-dinosaur juice without sacrificing space for a family of four. 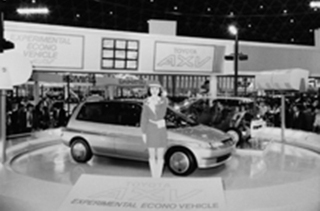 Toyota accomplished this by designing a sleek and funky-futuristic exterior, said to have a Cd of just 0.26 (by comparison, a C4 Corvette had a Cd of 0.34). Slim bumpers, aero wheel covers, and tapering greenhouse helped it slice through the air. Even its door handles were flush with the bodywork. A window-in-window design (that would later appear on the Sera) minimized the airflow disruption area.

The car was said to weigh just 1,430 pounds in total. Exterior mirrors were paper thin and likely not powered. That figure was also surely helped by the fact that it used an asymmetrical design that had only one rear door. Rear passengers boarded on the right (curb) side and slipped in, saving the weight of one extra door and its associated hardware. Toyota said that the interior volume was about the same as a compact sedan of the day, too.

Powered by a 1.1-liter turbo-diesel 3-cylinder with direct injection, the car was said to return 34 km/l, which translates to an astounding 80 mpg. Obviously the car was never built, but elements of the design would appear on cars like the Starlet and Tercel hatchbacks of the late 1980s and early 1990s.

7 Responses to EARTH DAY: The 1985 Toyota AXV got 80 mpg thanks to clever design