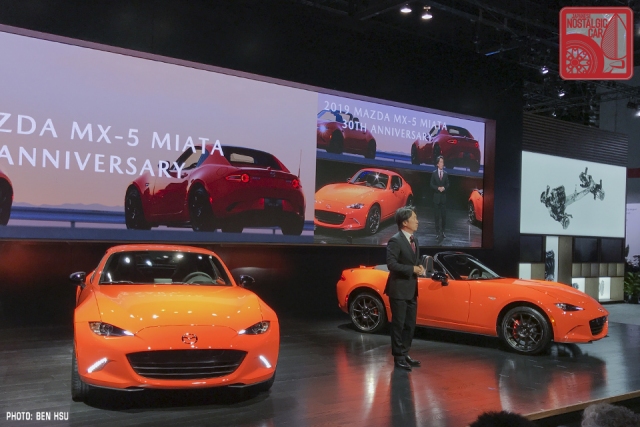 Mazda has returned to the site of the NA Miata’s debut, the Chicago Auto Show, to announce the arrival of the 30th Anniversary Edition Miata. Offered in both soft-top original and RF retractable targa flavors, only 3,000 will be made worldwide, with 500 coming to the US. Also, it’s very, very orange. 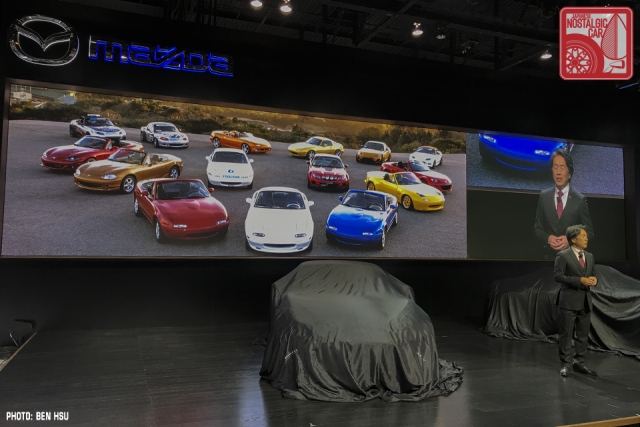 It was 30 years ago at the Chicago Auto Show when Mazda revealed the original MX-5 Miata. A million roadsters later and three decades later, the Miata has become the best selling open-top sports car in history. So it was only fitting that Mazda return to the Windy City to reveal the 30th Anniversary Edition. 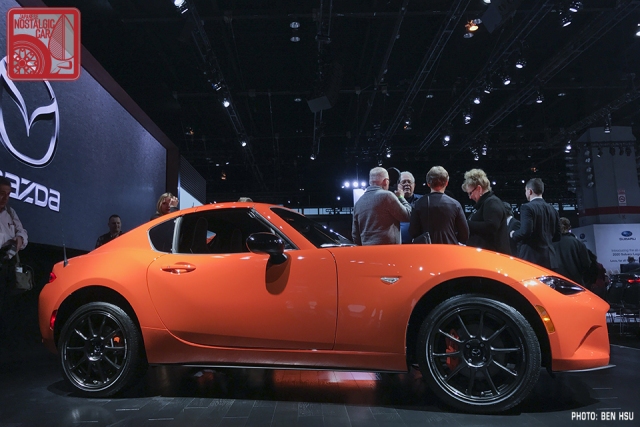 The color, Mazda says, was inspired by two things, the yellow car shown at Chicago that was inteded to showcase the tuning potential of the NA, and the color of the sunrise seen from the racetrack. 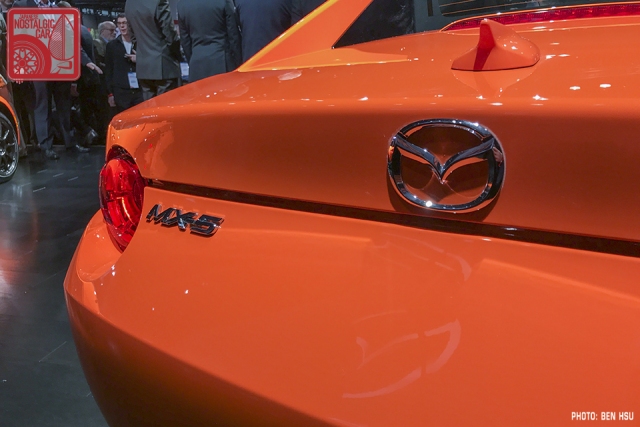 To us, it looks more like the orange from the Renown livery on Mazda’s famed endurance racers like the 787B. That would have connected to the race track sunrise thing too, since those cars run through the night in grueling 24-hour enduros. But hey, it’s their narrative, I guess, and they probably didn’t want a thousand dinguses asking about the rotary engine. 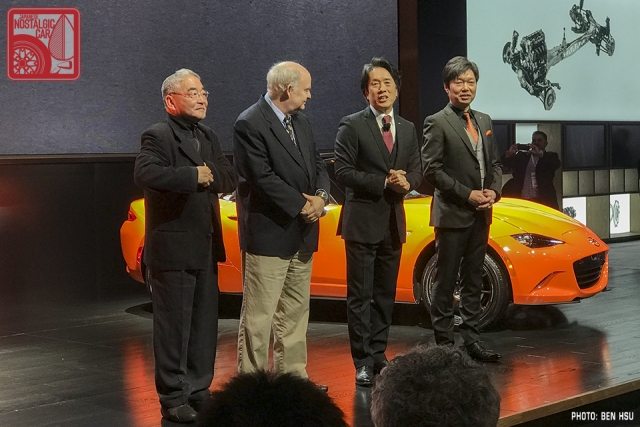 To honor the occasion, Mazda brought members of the original NA Miata team on stage, including designer Tom Matano (left) and product planner Bob Hall (second from left). They also invited members of several Miata clubs around the country. Mazda President Masahiro Moro (third from left) also had some choice words for the competition, saying that while other companies have made their products fatter and heavier, it was important for Mazda to stay true to the Miata’s lightweight roots. 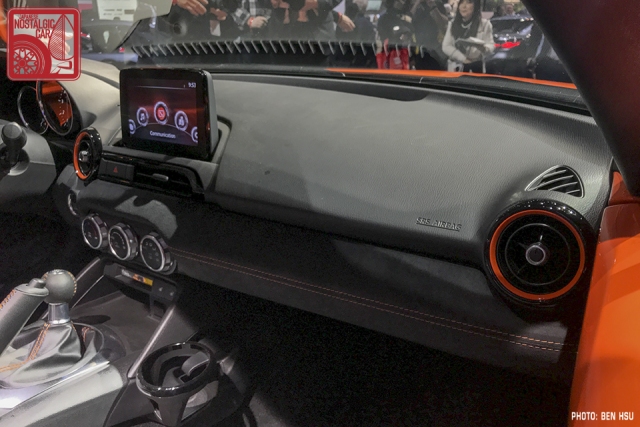 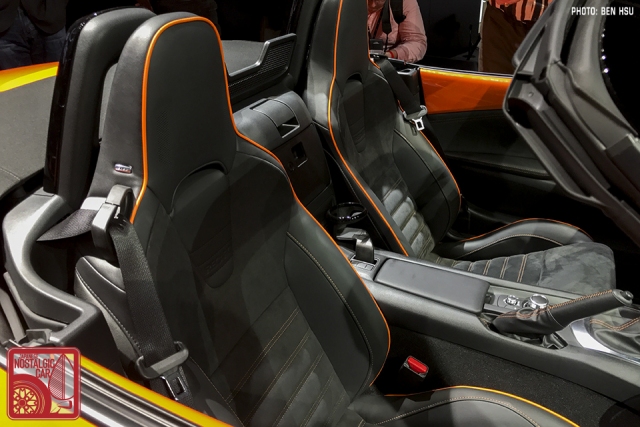 There are no power or drivetrain upgrades, but all 30th Anniversary Edition Miatas will come with a manual or automatic transmission, and an LSD. The orange exterior is matched with orange stitching on the inside, orange vent surrounds, and orange piping on the Recaro seats. 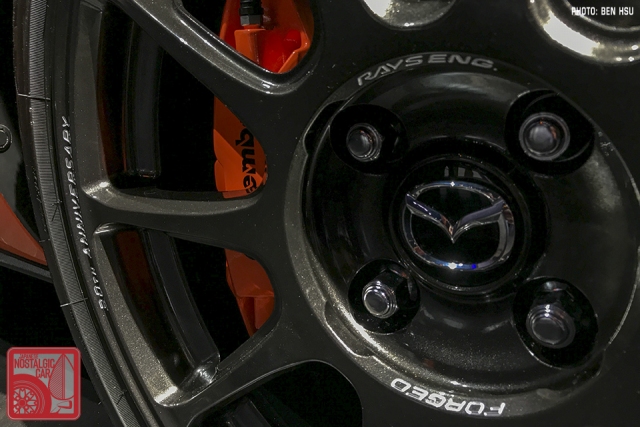 Over Brembo calipers in – you guessed it – orange, are special Rays forged rims with the words “30th Anniversary” etched into the edges. 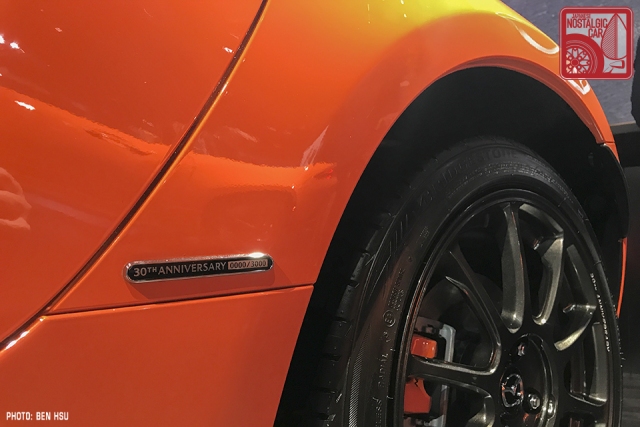 And of course, there’s a badge on the driver’s side quarter panel denoting which of the 3,000 you’re driving. If you want one of the 500 that are US-bound, you should probably move fast.

UPDATE: Three hours after the announcement, there are only 22 left.