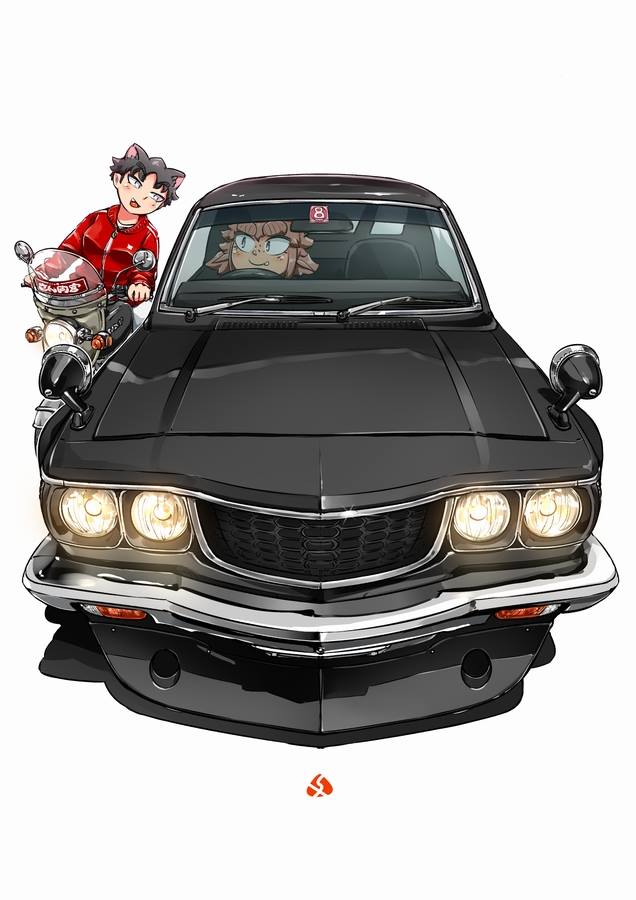 Our friend and contributor San Mamiya has revealed his latest illustration, titled Bad Face. It depicts the angry visage of an S124 Mazda Savanna RX-3, headlights glaring, pulled up next to a Suzuki GT380 motorcycle. 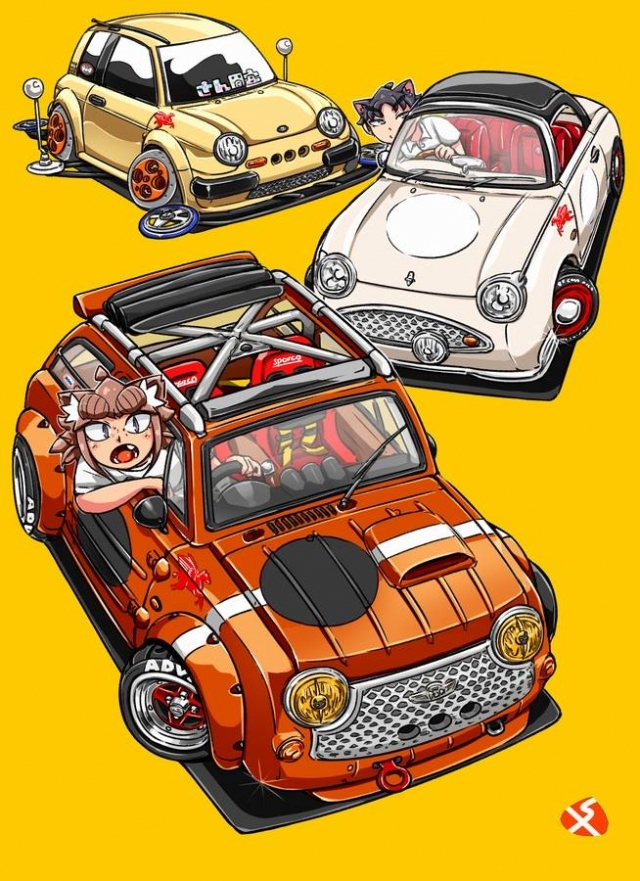 Bad face is the second in his series of prints. The first was Pike Star, depicting modified versions of Nissan’s famed Pike cars, the Pao, Figaro and Be-1, in San Mamiya’s famously cartoon style. You can get both of these, along with stickers, at the official San Mamiya shop.