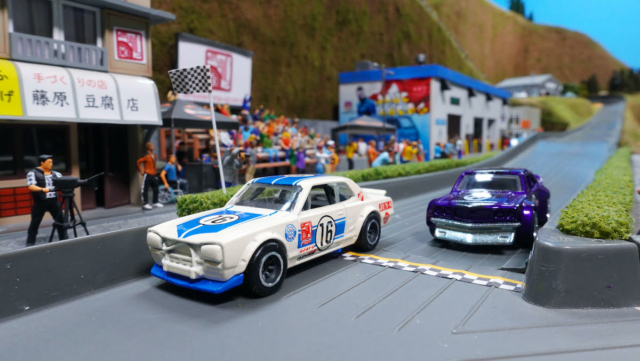 We at JNC are excited to announce a partnership with 3DBotMaker, the premier diecast racing league. For the next four weekends, every Saturday the 3DBotMaker YouTube channel will be broadcasting the Japanese Nostalgic Car tournament, in which all the Hot Wheels competing will be classic Nihon steel. 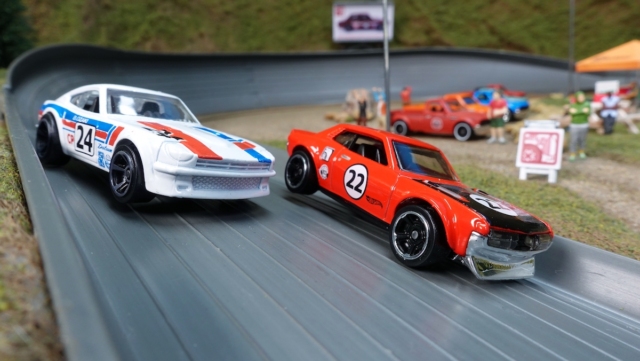 If you’re not familiar with 3DBotMaker, it’s a thoroughly entertaining league that takes 1:64-scale cars and races them down some epic tracks of their own creation (they’re 3D printed, hence the name of the channel). It’s comprised of multiple series, and people from all over the world send in toy cars to compete.

There are themed tournaments, like an all-Lamborghini or all-British car contest. There’s the DRC, or Diecast Rally Championship, which features rally cars and a points-based ranking system that accounts for best time and biggest jumps. There’s King of the Mountain, a touge-inspired night-time street race featuring modified Hot Wheels with custom paint and other gravity-friendly modifications to make them go faster.

All of it is filmed from multiple angles and with instant replays, just like a real race. Best of all, a pair of announcers color commentate on everything that happens on the track, and they commit. No matter what happens, it’s treated as if it were a real race. Every block, pass, and crash is reported on as if they were 1:1 scale cars. If a car flies off course and knocks over a plastic photographer, the diecast ambulances and tow trucks come out clean up the mess.

Drivers become heroes, cars become icons. The Hot Wheels Mitsubishi Lancer Evolution X is known to be a formidable force on the track. A particular yellow liveried one belonging to one “Big Air” Dylan won a championship earlier this year with some tremendous performances on the track. My son was so stoked about it, I had to find the exact car on eBay (it turned out to be a short-run Walmart exclusive) to buy for him and it has become a favorite in his collection.

The fun begins this Saturday with a qualifier. Then, there will be three more Saturdays comprising two more rounds and a final championship. Eight JNC staffers and family members have chosen their cars, but we don’t know the results yet. The first video goes live at 6:00am Pacific on July 10 on the 3DBotMaker YouTube channel.