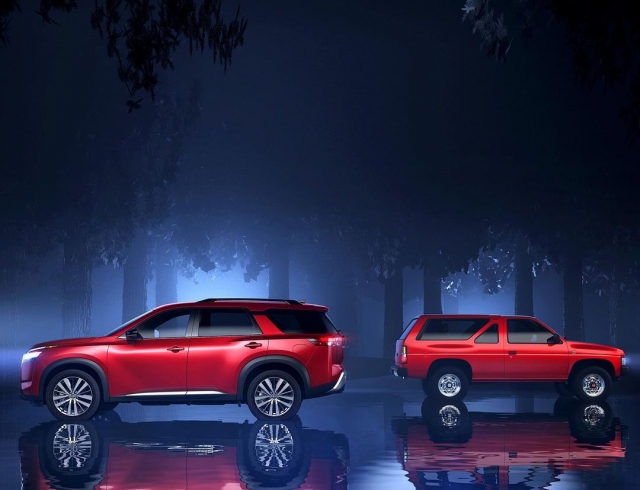 A few days ago we predicted that the 2022 Nissan Pathfinder would take some design cues from the beloved original from 1986. Well, the new model has just been revealed, giving us a clear look at its new sheetmetal, and indeed there are. Here are all the homages to the 1986 Pathfinder on the 2022.

First of all, here’s the virtual reveal in case you missed it. It includes both the Pathfinder and the 2022 Frontier, as well as some very cheesy banter between two athletes. The Pathfinder content begins at 19:42. 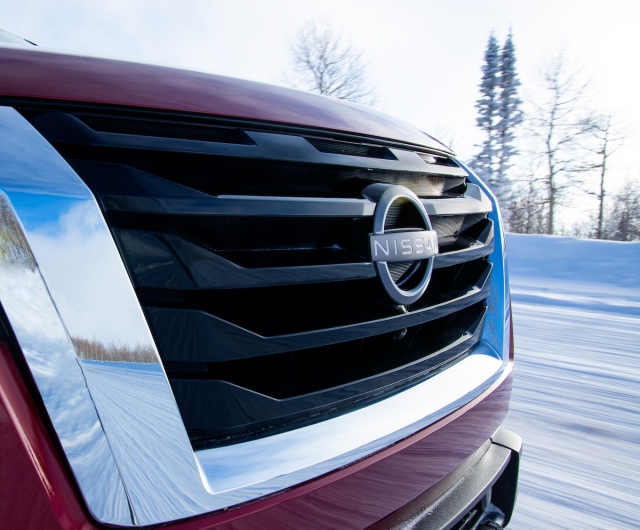 Right away, you can see three slots above the grille. In the D21, it they were in the sheetmetal and quite distinctive. They became part of the grille in the second-generation. On the 2022 they’re more hidden, blending into the shape of the grille itself, but they’re there. Most customers probably won’t notice or get the reference, but to hard core Nissan nuts it’s obvious.

Fans will also immediately notice the angled C-pillar. This feature only appeared on two-door versions of the D21, but the large trapezoidal and small triangular side windows were iconic shapes. The new Pathfinder does a good job of evoking the trapezoidal window despite its four-door-only body, and obviously the triangular window would be impossible. The contrasting roof means the C-pillar kind of just floats, but it was important enough to Nissan designers that they used body color to emphasize it rather than black it out. 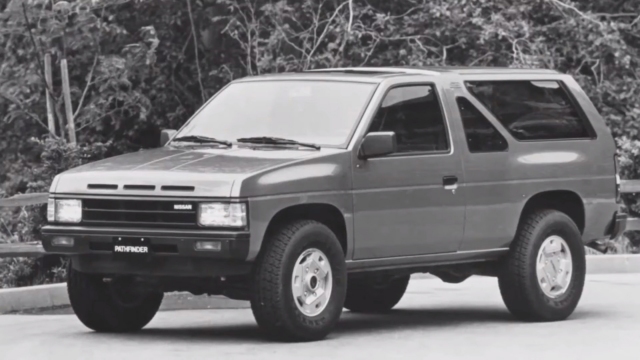 Surprisingly, mention of three slots and C-pillar were edited out of the design video above. What is mentioned, though, are the D21’s squared off blister fenders. The wheel wells are similar in shape as well, not quite round, not quite square. The new Pathfinder makes great use of these design cues, giving it a much tougher look than the blob-like outgoing model. The 2022 is also a unibody design, but just because it’s unibody doesn’t mean it has to look like a used wad of Play-doh. 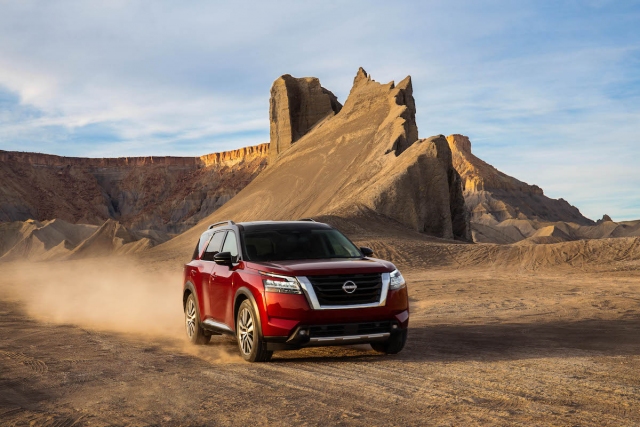 In fact, there are many similarities between the 2022 model and the outgoing model beneath the skin. Both ride on a modified version of the 2021 chassis, but the 2022 looks infinitely tougher. They use the same 284-horsepower, 259 lb-ft, 3.5-liter V6 as well, and enthusiasts will be overjoyed to learn that the CVT has been replaced by a 9-speed automatic made by ZF. Though this unit been known to have problems in the past, hopefully those faults have been remedied. 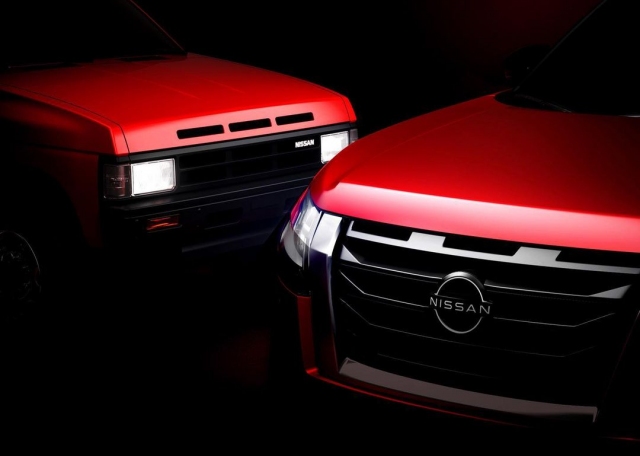 Now that we’ve covered the most noticeable similarities, here are some more subtle ones. The chamfered leading edge of the hood is another tribute to the D21. It’s hard to see in some angles, but it becomes evident in these side-by-side comparison illustrations by senior designer for Nissan trucks, Ken Lee.

Finally, the rear graphic on the 2022, which spans the width of the rear, is an understated but new take on the D21’s black trim. Along with more upright windows and a generally boxier greenhouse, you can see that the original played an important role in the look of its great-great-grandson. The launch color is even an acknowledgement of the original’s hero hue of red. 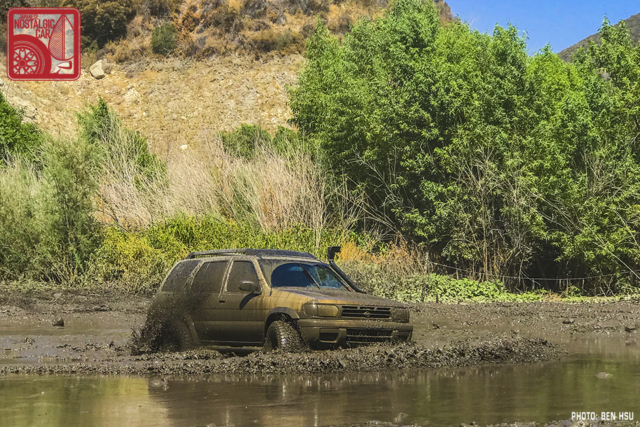 Overall, we’d say it’s a huge improvement over the bovine previous generation. It may not be as rugged as the Hardbody-based, body-on-frame original, but now it’s not something we’d be embarrassed to be seen in. Remember, the second-gen Pathfinder was unibody too, and it still makes a decent off-roader if you’re not planning to rock crawl. The new Pathfinder looks like it’ll at least be a player in its class, which is more than we can say for the outgoing model, and it’s good to see Nissan back in the game. 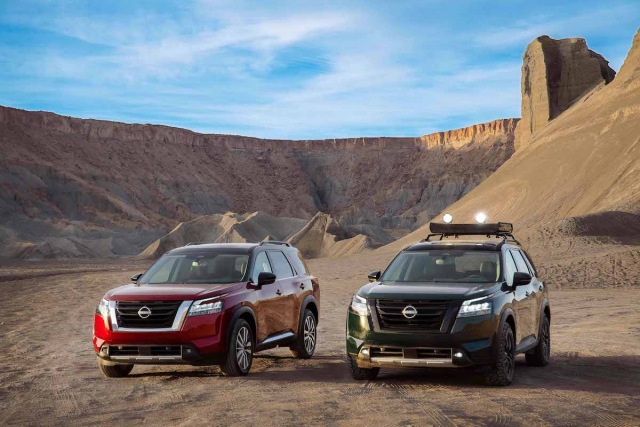 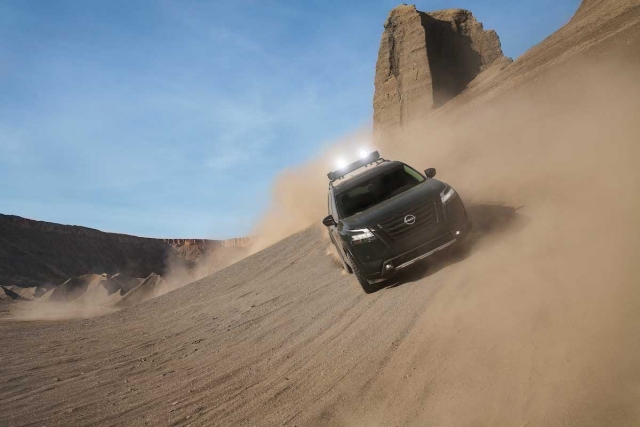 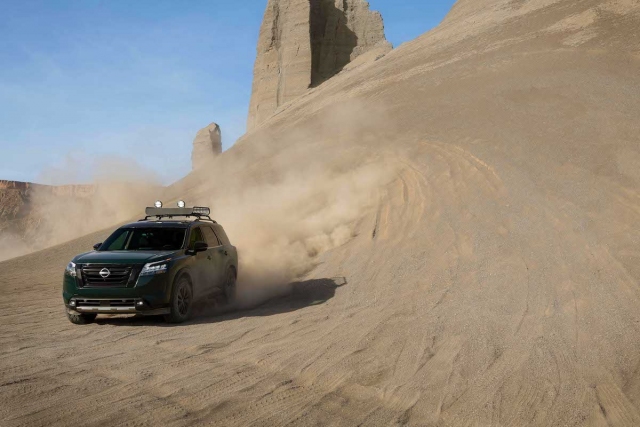 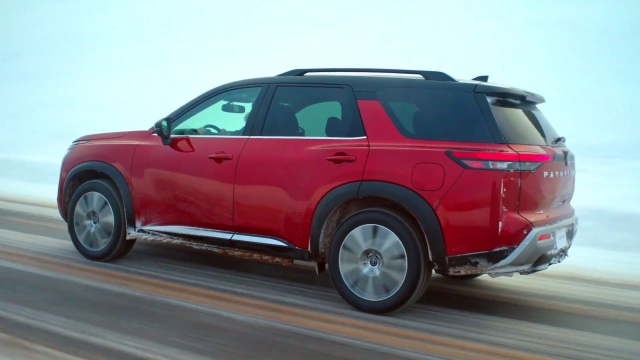 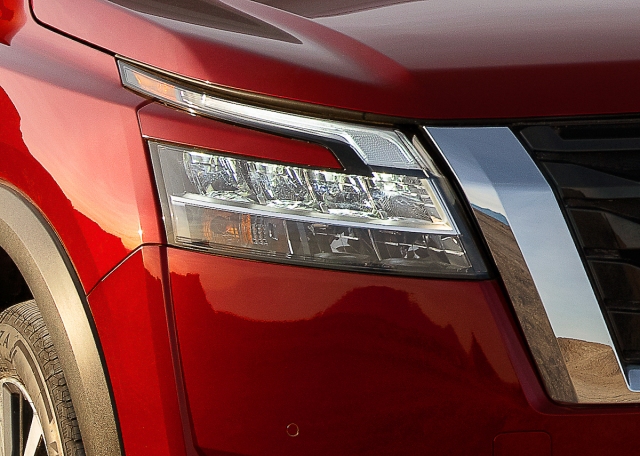 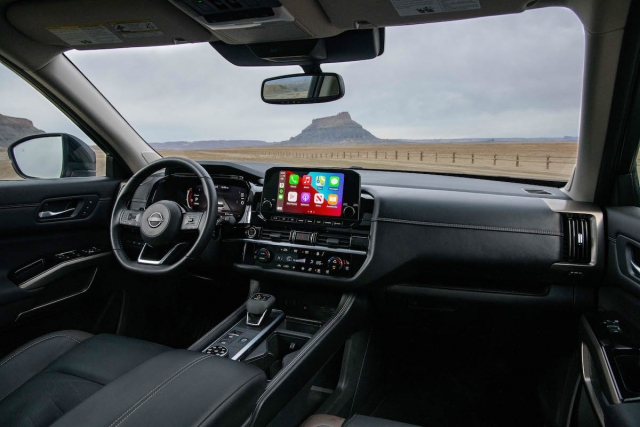 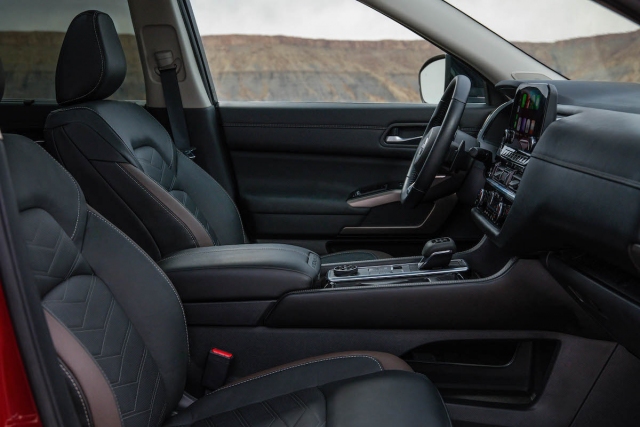 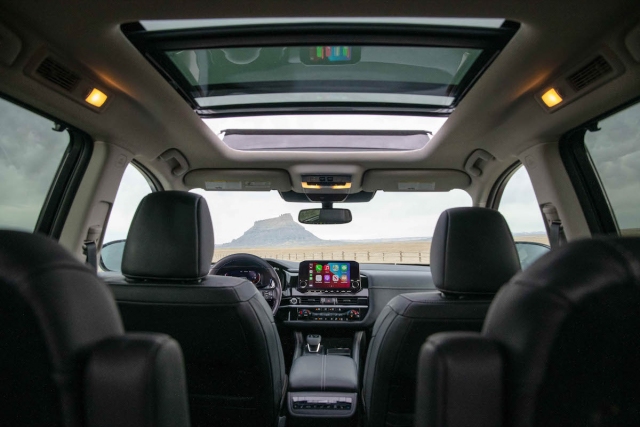 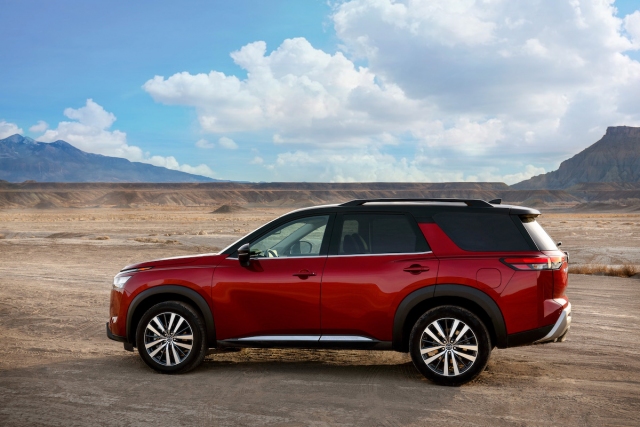 permalink.
This post is filed under: Next Version and
tagged: d21, Ken Lee, nissan, pathfinder, R53.