Against all odds, Mazda still innovates to make cars fun 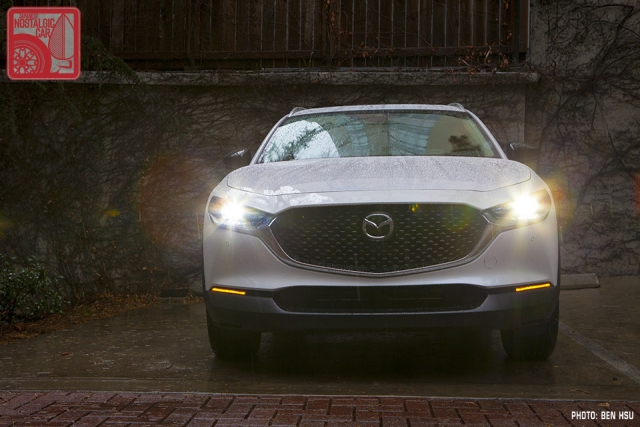 It’s no secret we at JNC, along with most enthusiast publications, have a special fondness for a small carmaker from Hiroshima. In an age when most carmakers have all but given up on the internal combustion engine, Mazda is still innovating. It’s drawing on a long history of pushing the technology envelope, and by tech we mean the actual hardware of the engine, turbo, and suspension, not turning your car into a giant smartphone. Better yet, Mazda’s doing it to make even a vehicle like the new CX-30 Turbo unlike any other CUV on the road — fun. 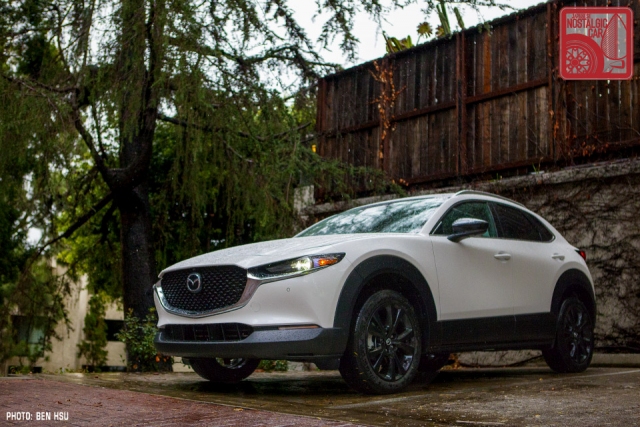 The 2.5-liter turbo four found in much of Mazda’s lineup is an absolutely brilliant design. The latest variant now powers the Mazda 3 and CX-30 Turbos, and is really worth a closer look. It’s much more than just the naturally aspirated 2.5 with a turbo slapped onto it. To fully grasp how dedicated Mazda is to the craft of engineering and the art of driving, we have to nerd out on what went into this unassuming little motor.

Nowadays, almost all companies are going with forced induction. Even long-standing all-motor holdouts like Honda have caved to the almighty turbo as fuel economy takes precedence. These turbocharged engines are typically mated to transmissions with lots of gears — or even worse, CVTs — which prioritize fuel economy and wide-open throttle acceleration, but in practice often feels laggy. On a straight-shot blast they might clock a decent 0-60 time, but you need to have the pedal buried in the floormat to tap into their full potential, and that’s just not how people drive on a day-to-day basis. 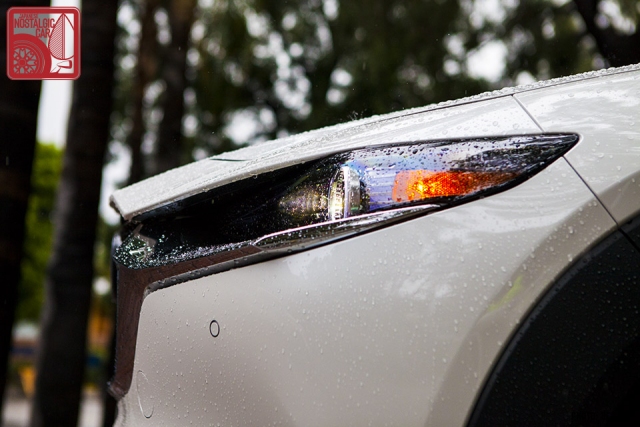 Mazda, though, says it doesn’t engineer their cars to meet specific 0-60 figures. Instead, they focus on what’s usable in 95 percent of everyday driving. Torque, acceleration, and gearing are all engineered to give the feeling of having more acceleration on tap than what you need at normal driving speeds.

So, Mazda set out build an engine that matched the direct, abundant torque delivery of a naturally aspirated 6-cylinder with the fuel economy of a four. That required a relatively high compression ratio, but normally turbocharging a car requires a significant decrease in that figure. After all, the added air compressed by the turbo needs a larger chamber so that it doesn’t combust prematurely.

The result was the SkyActiv-G Turbo, which not only keeps its combustion ratio at a lofty 10.5:1, but gives you the option of running the engine on 87 octane fuel. That in itself is pretty amazing, as high-comp performance engines almost always require premium gasoline to resist premature combustion at high pressures (by comparison, a Porsche 911 Turbo has a 10.2:1 compression ratio and must run on premium).

Yet Mazda gives you almost the entire can of beans on 87 octane (227 horsepower and 310 lb-ft) as it does on 93 (250 horsepower and 320 lb-ft). Even better, that difference is only felt at the top of the rev range. Below 4000 rpm, performance is almost identical regardless of fuel type. All this comes at a drop of only 1 mpg despite the turbo’s extra 120 pounds and increased fuel-air mix.

To accomplish this, Mazda engineers had to completely redesign the head of its 2.5-liter four. Built into the head is an unconventional 4-3-1 merging of exhaust ports just before the turbo. Like long headers, this helps scavenge as much exhaust as possible, using the pressure and momentum of hot gases coming out of one cylinder to suck fresh, cool air into an adjacent cylinder that’s just beginning its compression stroke.

Then there’s the matter of off-the-line torque. Most turbos require some spooling to build up pressure, which means you’re not going to get maximum thrust at low rpm, especially from a standstill. Again Mazda engineers have devised an ingenious solution, what they call a dynamic pressure turbo system.

The exhaust gases flowing into the turbo have two paths, one wide and one narrow. On the wider path there’s a butterfly valve, which closes when the engine’s at very low rpm. That means the only path for the exhaust is now the narrow one, and like when you put your thumb over a garden hose, it flows with increased pressure to spin the impeller faster. That pre-spools the turbo, even at idle, so you have instant access to that torque when you take off from a stoplight. It’s ingenious, and the bag of tricks isn’t empty yet. 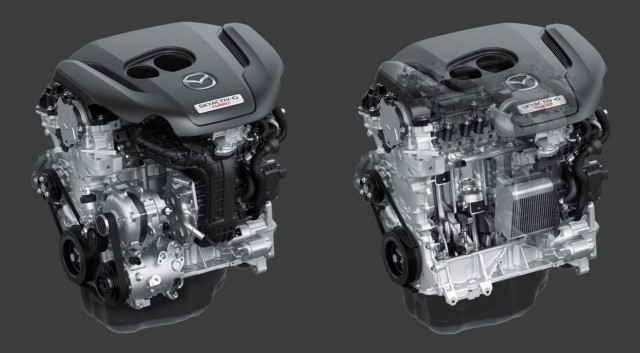 Mazda also cools the engine with an all-new air-to-water intercooler that’s built right into the intake manifold. It reduces 40 percent of the plumbing after the turbo but before the intake. As a result, it’s more compact compared to the 2.5 turbo in Mazda’s larger vehicles, allowing Mazda to make the 6-speed transmission more robust. Furthermore, some high-compression engines splash fuel into the cylinder to reduce heat. Mazda instead uses a smart exhaust gas recirculation cooling system lower temps and to save fuel.

In short, Mazda has imbued its SkyActiv-G engines with a mind-boggling level of science, at a time when other carmakers have largely given up on improving the internal combustion engine. And it’s not even the ultimate iteration of the SkyActiv family. That will be the compression-ignition SkyActiv-X, if it ever comes to the States. 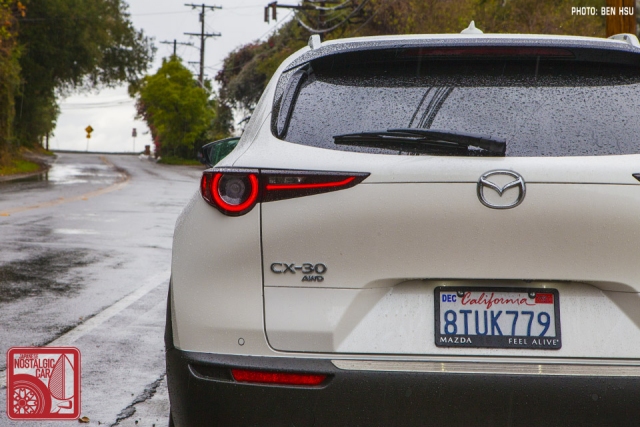 And that’s just the engine. If they put this much effort into the engine, imagine how much they’ve put into other facets as well. And in fact, Mazda’s did indeed put the same level of thought and cleverness into the automatic transmission (the company says it’ll never move to CVTs) shift map, which is so smart about predicting when to downshift and hold a gear that you’ll swear it’s human, the chassis’ incredible driving dynamics, to the supremely intuitive ergonomics.

You never get the sense that Mazda is simply throwing a car together to meet a price point or churn out a product. Wrap it all up in an interior that’s better than that of many luxury brands, and it becomes a mystery why people buy other cars at all (and yes, Mazda routinely gets top marks in safety and reliability surveys too). 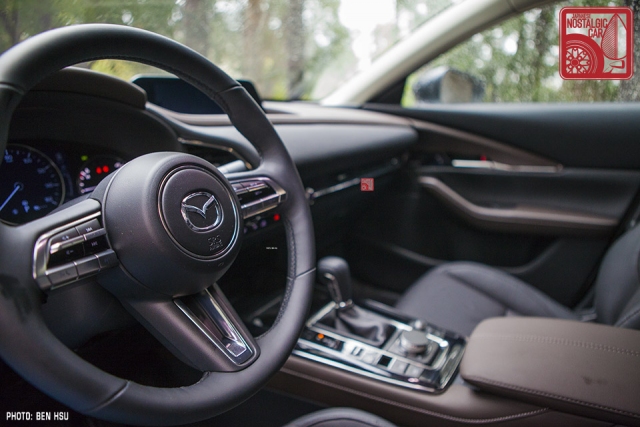 When my wife and I learned we were about to have a baby, we bought a 2018 CX-5. Personally, I didn’t want to be caught dead in a crossover, but she wanted a higher seating position, space for baby gear, and as she explained, “something that was built in this century.” Sorry, AE86, Land Cruiser, etc.

Since we had to get a crossover, I reasoned, we might as well buy the best-handling one there is. If the CX-30 Turbo had been available at the time, though I would’ve chosen it in a heartbeat. The CX-5 drives better than everything in its class, but the CX-30 beats the CX-5 by light years. 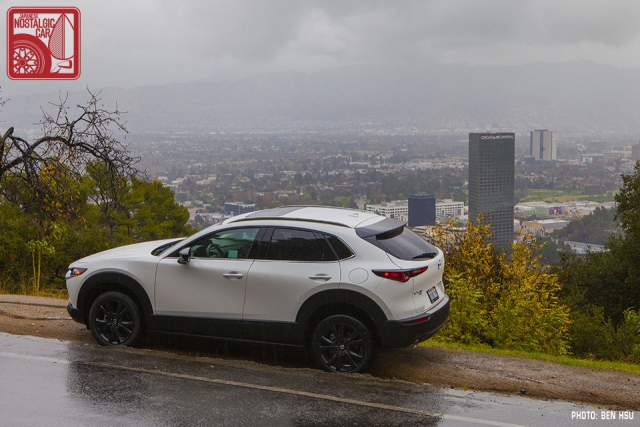 You can whip it around on-ramps and mountain roads with precision and confidence. While the CX-5 is heavier and has a higher center of gravity, the CX-30’s tremendous handling is also a result of a new generation of suspension design that debuted on the Mazda 3. There’s no turbo lag, and there was never a moment when power felt anything other than instantaneous and bountiful. As it is, it’s more performance than most people will ever need.

It’s true that at nearly $30,000, it’s only a few hundred bucks cheaper than a naturally aspirated CX-5. But, it’s absolutely worth the sacrifice to trunk space and driving height for the magical handling and powerful engine of what is essentially a wagon based on the already brilliant 3. 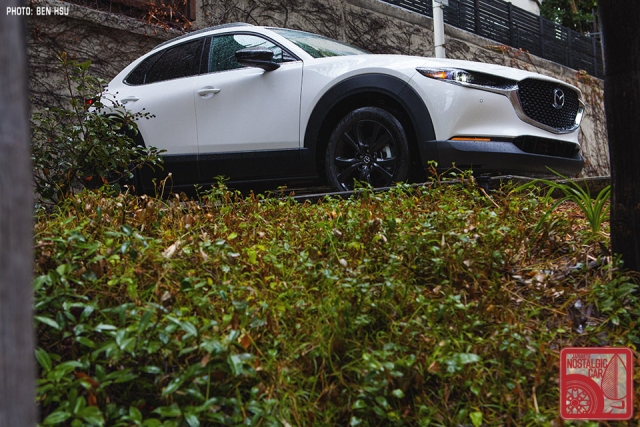 The only real gripe we have about the CX-30 is the styling. Mazda has been knocking it out of the park since the Kodo-design Mazda 6 debuted in 2012. However, the thick plastic cladding over the fender arches and comparatively small 18-inch wheels is a rare miss for the design team.

Mazda says the reason for the excessive black trim is to reduce the vertical visual mass of the painted area. In other words, we’ve been burned yet again by America’s desire for crossovers. The rest of the car looks great and the rear is better looking than our CX-5’s, so at the end of the day I’d still pick the CX-30 because it’s handsome enough, and it doesn’t drive like a crossover. At all. 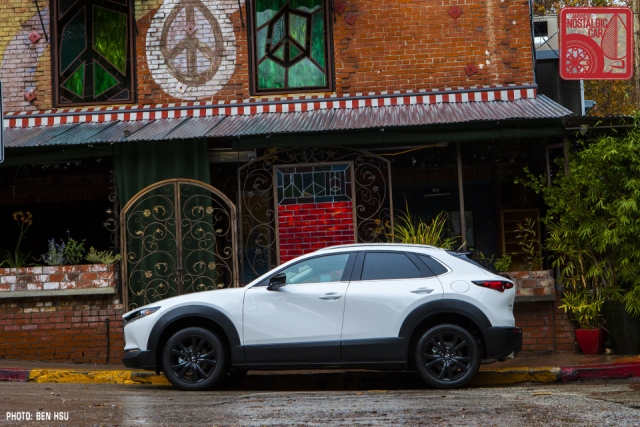 We can’t drive our classic J-tin all the time. A huge percentage of JNC readers, as it turns out, have modern daily drivers. If you need to haul a family around, Mazda proves you don’t need to resign yourself to a life of misery behind the wheel of a numb-steering CVT penalty box.

Besides, when Mazda puts so much effort into its engines you feel like you’re getting something of value, and we don’t mean financially. We’re talking about the same spirit that made Mazda the only company in the world to successfully commercialize the rotary engine, which it then followed up with one of the smallest V6es, a (sadly stillborn) V12, and a Miller cycle-engined car. It’s been an innovator for decades, despite its tiny size as a car company. You’re simply not going to feel the same type of connection with a Toyota or Nissan crossover. Mazda’s building the car exactly how they would want it, and in return it’s the kind of car we want too.

13 Responses to Against all odds, Mazda still innovates to make cars fun